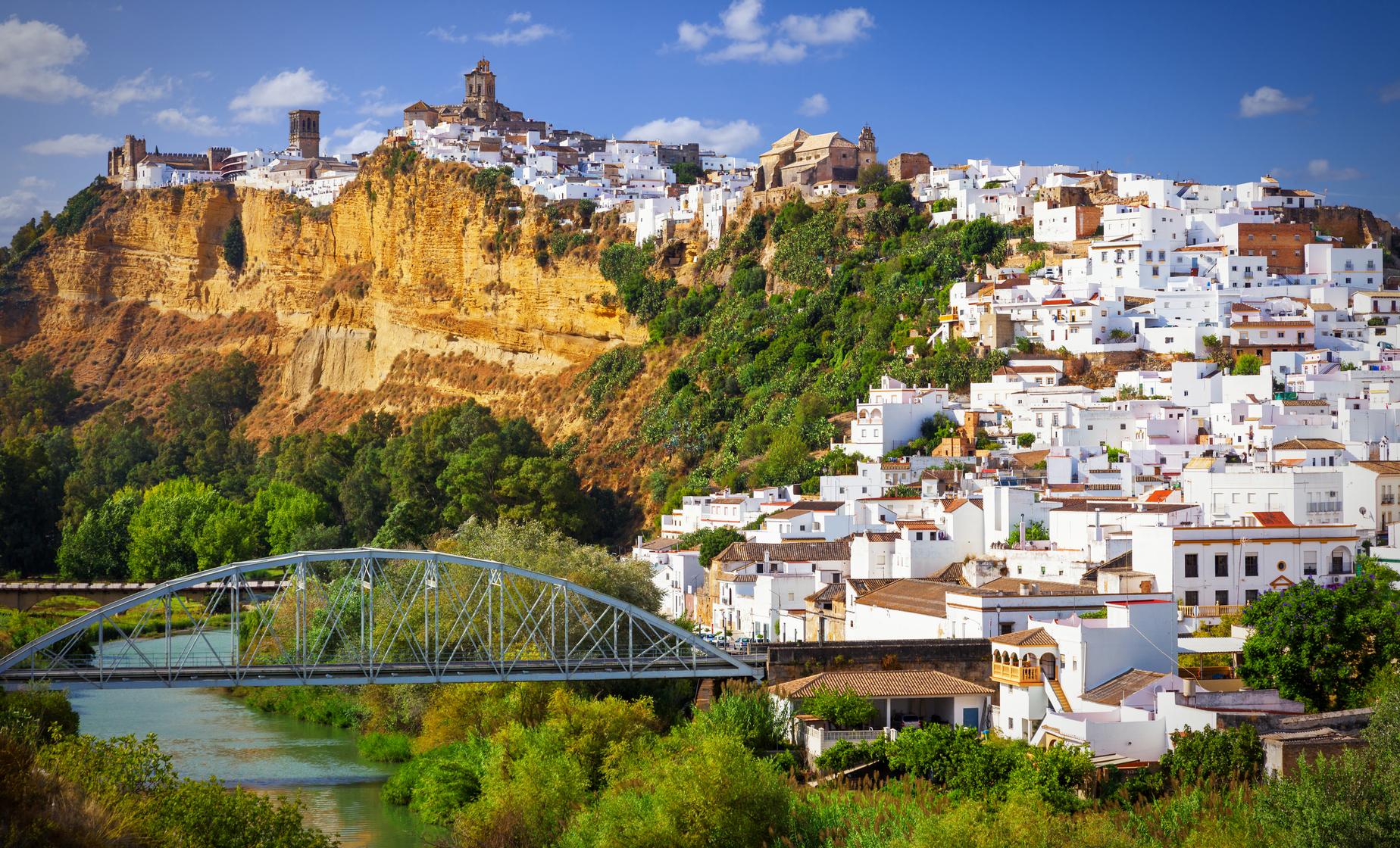 Review This Tour
From $85.00/person to $1,205.00/person (Select "Individuals" below) Price varies based on number of individuals in your group
Choose Options My Cruise Itinerary
Summary
Shore Excursion Size

Cruise Ship Pier
Food/Beverage Provided Not Included
Recommended Dress We recommend wearing comfortable seasonal clothes, sunscreen, sunglasses, hat and walking shoes.
Restrictions Guests must be able to step in and out of the vehicle and be able to walk on uneven ground. This tour is not wheelchair accessible.

Your private tour will begin as you are picked up directly at the Port of Cadiz and driven to Arcos de la Frontera which is approximately 45 minutes away.

Located on the eastern bank of the Guadalete River, Arcos is considered one of the most beautiful Pueblos Blancos (white villages) in the south of Spain! Arcos balances atop a rocky limestone ridge, its whitewashed houses, and stone castle walls stopping abruptly as a sheer cliff face plunges to the fertile valley of the river Guadalete below. Declared a national historic-artistic monument in 1962 in recognition of its exceptional architecture and impressive location, the old town is a tangled labyrinth of cobbled streets that lead up to a sandstone castle, the Castillo de Los Arcos. There is a steep hill to overcome before reaching the top and for those wanting, you may use the public bus at the cost of 1.50 Euros per person (our staff will help you get the bus if wanted and it's a short ride).

After the visit to the beautiful white village we will descend to Jerez de la Frontera for a panorama tour as well a walking tour of Jerez. Usually called Jerez, this city in southern Spain's Andalusia region is known for its old quarter that surrounds the Alcazar de Jerez, a Moorish fortress founded in the 11th century. The Royal Andalusian School of Equestrian Art is a famed riding school with horse shows and a carriage museum. The city is also known for flamenco music and sherry production in the so-called Sherry Triangle lying to the west.

You will then return to Cadiz for a panorama tour and make a stop at Caleta Beach for a photo opportunity (where the Pierce Brosnan James Bond movie was filmed). A short walking tour in Cadiz old town will also be provided.