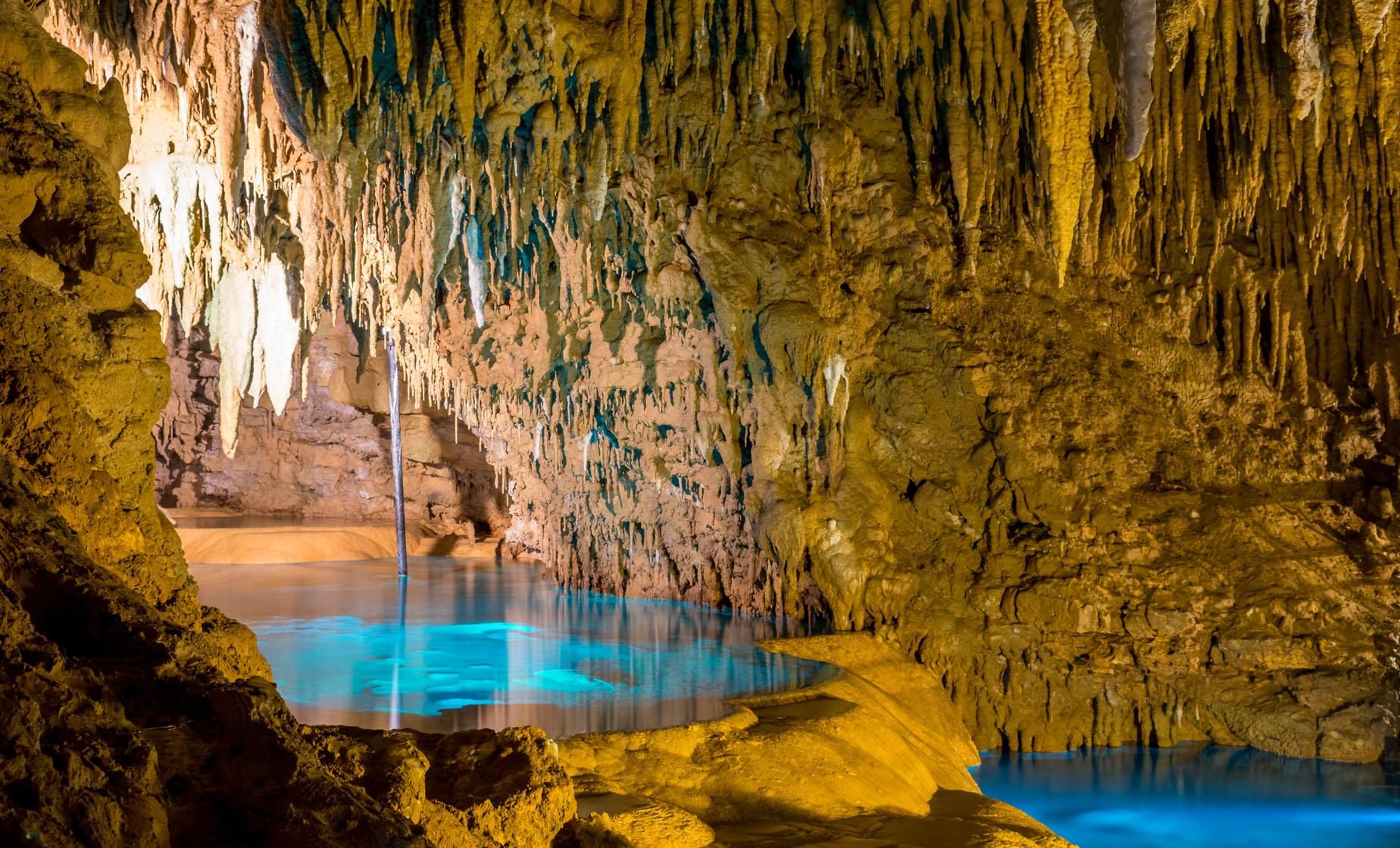 Review This Tour
From $190.00/person to $690.00/person (Select "Individuals" below) Price varies based on number of individuals in your group
Choose Options My Cruise Itinerary
Summary
Shore Excursion Size

Cruise Ship Pier
Food/Beverage Provided Not Included
Recommended Dress We recommend wearing comfortable, weather appropriate clothing and sturdy, enclosed footwear such as walking shoes.
Restrictions Guests must be able to get in and out of transportation. This tour is not suitable for any guest with walking difficulties. This tour is not wheelchair accessible.

In 1945, as World War II ended, Okinawa was placed under American rule and until it was reverted to Japan on May 15, 1972, it went through a different history from that of the Mainland with heavy influence from the United States.

Take a scenic and comfortable, air-conditioned ride outside of Naha City to the Japanese Naval Underground Headquarters, a somber reminder of one of the bloodiest battles of the Pacific War. Toward the end of the Battle of Okinawa, this 450 (1,476 feet) meter tunnel complex served as the navy headquarters, as well as the place where the commanding officer and 175 of his staff took their own lives.

Stand at the inscribed slab at the Himeyuri Monument covering a gaping hole in the ground; this hole is presumed to be part of a cave where 219 schoolgirls and their 18 teachers hid during battle. These girls were recruited from 2 schools to work as nurses in the Haebaru Army Field Hospital. As the battle approached, hospital operations moved to an underground cave where the students would dodge bullets as they emerged from the caves to get food, water and medical supplies. Abandoned by the Army, 14 girls survived to tell of the others who either took their lives or died in the U.S. siege. Learn their stories at the Peace Memorial Museum, as you view the exhibitions and carefully preserved artifacts.

This beautiful limestone cave is one of the longest in Japan and is the main attraction at Okinawa World. Marvel at the stunning stalagmites and stalactites suspended from the ceiling of the massive cavern, before the conclusion of your time in Okinawa.

Reserve your spot on this historical private tour now to experience a special side of Okinawa that you will never forget.

Please Note: The Entrance Fees (Naval HQ, Okinawa World) are 16USD per person and port fee payable in person.
x
Small Shore Excursions generally range in size from 2-20 people, providing a more personalized experience than the large excursions offered by the cruise lines.
Standard Shore Excursions typically range from 20-50 people. These tours are similar in size to those of the cruise lines. While these day excursions are larger in size, our focus on quality remains extremely high.
Private Shore Excursions allow you to travel with your party alone. For groups of 4 or more, we can usually arrange a private shore excursion for less than the cost of a large cruise line tour.
Easy/Minimal Physical Activity: Only light walking and no major climbing required. You may need to negotiate a few steps.
Moderate Physical Activity: A fair amount of walking is required, and you may need to climb up full flights of steps and or negotiate uneven terrain.
Difficult/Significant Physical Activity: A large amount of walking and or climbing is required, often over unpaved and uneven terrain. You should be in good physical health if you reserve one of these tours.
Your booking confirmation will contain clear instructions on where and when to go to start each of your tours. It will also include instructions on what to do in the very unlikely event that you encounter difficulties in meeting up with your guide.