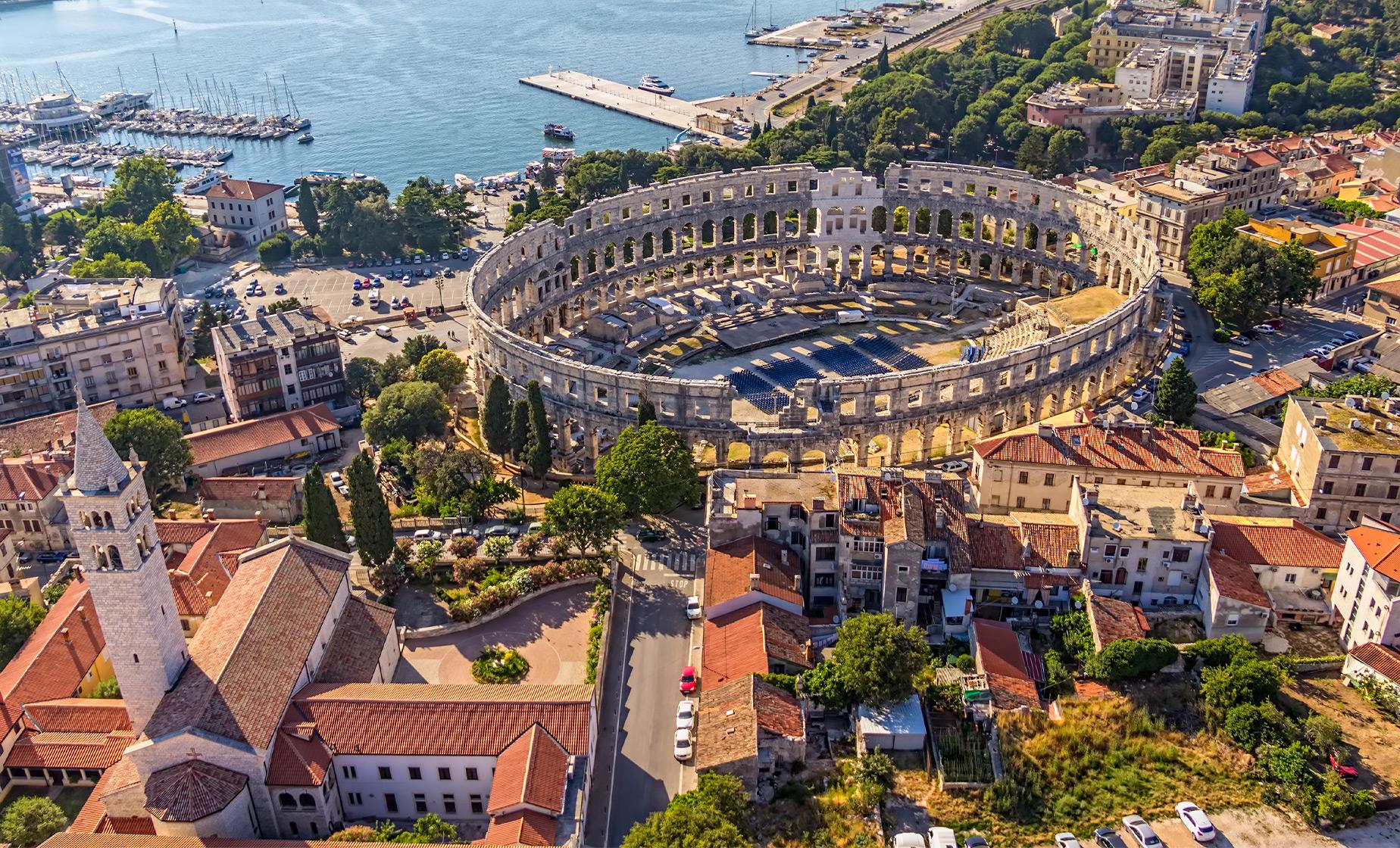 5.0 / 5  |  1 ReviewReview This Tour
From $130.00/person to $209.00/person (Select "Individuals" below) Price varies based on number of individuals in your group
Choose Options My Cruise Itinerary
Summary
Shore Excursion Size

Pula, like the rest of the region, it is known for its mild climate, smooth sea, beautiful beaches and unspoiled nature. The city has a long tradition of winemaking, fishing, shipbuilding, and tourism. It has also been Istria's administrative center since ancient Roman times. During the tour, you will come to visit numerous monuments of Roman architecture: The Triumphal Arch of the Sergii from the 1st century B.C., Hercules' Gate and Twin Gates, the Temple of Augustus, the Arena and the Small Roman Theatre in the town center.

Rovinj, located on the west coast of Istria, is one of the most popular and developed tourist resort cities in Croatia. The old town was constructed on an island and later connected with the mainland in the 18th century. Known as one of the most picturesque and romantic cities on the Mediterranean, many repeat visitors' journey to Rovinj each year to continue to explore one of the 22 islands, or to retrace their steps around old town's cobbled and narrowed streets. The mild climate, carefully designed parks, and the welcoming nature of the local Croats are all reasons there are so many repeat visitors year after year.

Rovinj is also an active fishing port with a fast-growing gastronomy scene. You will be widely impressed by the selection of creative dishes ranging from fresh fish, shellfish, Istrian's cured ham, truffles and wild asparagus, all paired with local red and white wines.

The city, at the foot of the Church of St. Euphemia, is a favorite gathering place of artists from around the world. Walking down its streets, you'll pass many art galleries and studios. Each August, you can attend the largest open-air exhibition on the Adriatic coast, taking place on the main old-town streets - Grisia.

5.0 / 5  |  1 ReviewReview This Tour
Fantastic Excursion
Our driver, Gregor, was prompt, knowledgeable, courteous and customized the trip to how and where we wanted to spend our time. He was fun too! It was a long drive and we enjoyed talking and laughing with him. He was super kind to our girls and made sure they saw the baby turtles in the church courtyard, happily took tons of pictures for us and even treated us to gelato at his favorite place. We had a fantastic day and highly recommend this excursion.
Reviewer: Suzanne Young