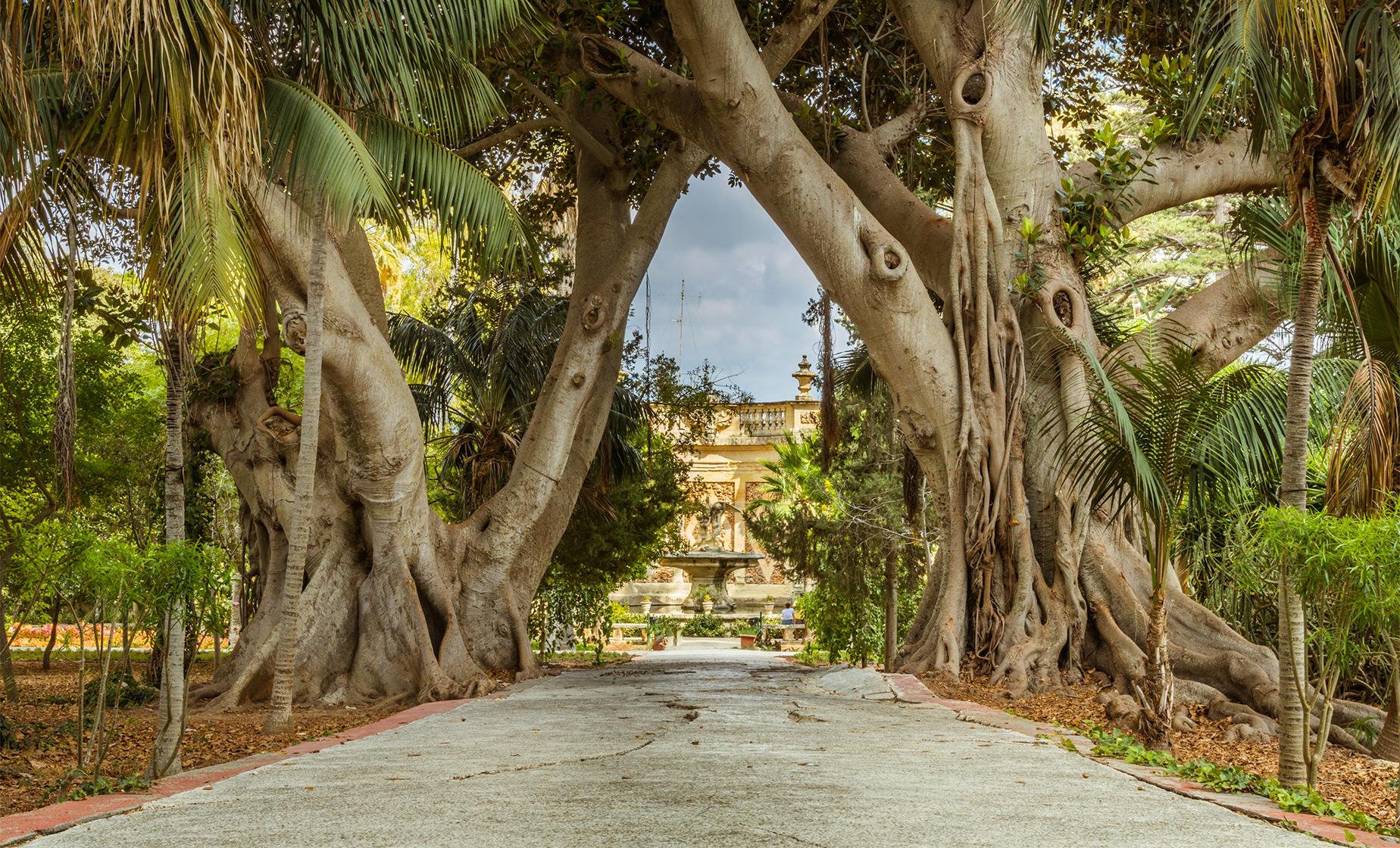 Cruise Ship Pier
Food/Beverage Provided Not Included
Recommended Dress We recommend wearing comfortable clothing and sensible, closed-toe walking shoes. Sunscreen, sunglasses and hat are also suggested.
Restrictions Guests must be able to get in and out of transportation. This tour can accommodate a collapsible wheelchair, provided that the guest is accompanied by a person who can provide assistance. Walkers can also be accommodated.

Your discovery of Malta begins with a ride to Attard, a charming village in Central Malta that is home to the San Anton Palace and Gardens. Built-in the 17th century as a country villa for Antoine de Paule, a knight of the Order of Saint John, the dwelling continually expanded with subsequent Grand Masters and was the headquarters of the rebel National Assembly during the uprising of 1798 - 1800. Today the palace is the official residence of the President of Malta and is surrounded by lush, extensive gardens - part of which are open to the public. Stroll by its 300-year old trees, beautiful ornamental ponds and much more.

Continue to the city of Rabat. This town in the Northern region of Malta was originally a suburb of the old capital of Mdina and is home to the famous Catacombs of Saint Paul. This complex is an interconnected underground cemetery that was in use up to the 4th century AD to bury Melite (today's Mdina) citizens on the outskirts of town as Roman law prohibited burials inside the city due to hygiene concerns. The catacombs are also the earliest archeological evidence of Christianity in Malta, even serving as living quarters and a place of refuge during persecutions.

From there you will venture into a maze of narrow streets known as Mdina, the island's ancient capital that is also referred to as Citta Vecchia. The diminutive city of Mdina was reportedly the residence of the Apostle Paul following a shipwreck on the islands in 60 A.D. Settled since Phoenician times, Mdina was the island's capital until the Knights chose Birgu (Vittoriosa) as their new capital and Mdina faded into a small town of roughly 400 inhabitants today. It is now under consideration as a UNESCO World Heritage Site and draws thousands of visitors each year.

This very popular half-day tour sells out fast! Book now and guarantee your spot to witness Saint Paul's Catacombs as well as the medieval city of Mdina.

3.0 / 5  |  1 ReviewReview This Tour
Ok for an excursion
Mdina is beautiful and we happenned to get there on the same day of the Medieval festival... the cherry on the top. But the visit to the gardens on the way was just not worth it... instead more time in Mdina or Valetta would have been best. The downside was that the excursion was not solely for the cruise passengers so you spend time picking people from hotels.
Reviewer: CHRISTIAN BADAAN