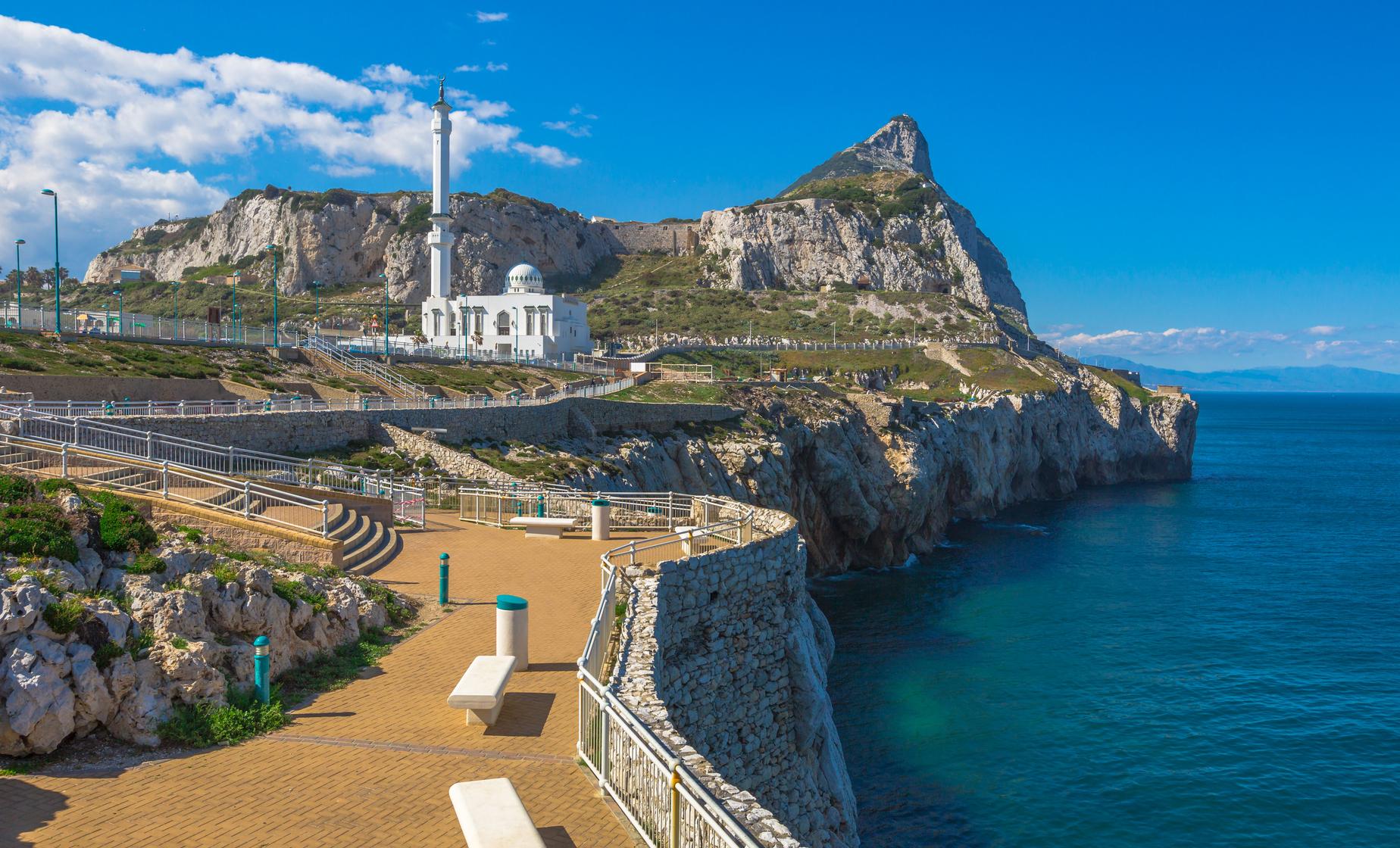 An approximately 20-minute walk, or an approximately 5-minute taxi ride (not included, approximately 10 GBP each way) is required to reach your departure location.
Food/Beverage Provided Not included.
Recommended Dress We recommend wearing comfortable clothing and sensible, flat-soled walking shoes. Sunscreen and sunglasses are also recommended. Hard hats are to be worn in the WWII Tunnels. These will be provided to you upon arrival to the tunnels
Restrictions Tours are conducted by a driver-guide in English but audio tapes are also onboard the buses. The WWII Tunnels offer audio guided tours in multiple languages.This tour is not wheelchair accessible. Vehicles are not adapted to carry either wheelchairs or prams.

Over the course of this nearly three-hour tour, explore the British territory of Gibraltar with the help of your local, knowledgeable tour guide. Your guide will take you around "The Rock" and make sure you pass all of the sights on the Rock.

Explore the Rock of Gibraltar and learn about its storied history. The Rock was one of the Two Pillars of Hercules, the mythical gates that marked the furthest west Hercules was able to reach during his legendary twelve labors.

The Greeks and ancient Phoenicians also considered the Rock the limit of the known world, given the Rock's location on the south-westernmost tip of the Iberian Peninsula and its perch along the Mediterranean Sea.

The Rock of Gibraltar's history also has a modern impact, too. In the midst of World War II, the Rock was an important naval base for the British Royal Navy. During your tour, you will get to visit an intricate, strategic network of tunnels dug by the Allied Forces on the Rock.

4.0 / 5  |  1 ReviewReview This Tour
Interesting and picturesque tour
Booked this tour instead of through Holland America since the latter didn’t include the WWII caves. A little inconvenient having to walk to the pickup point in the downtown parking garage. The bus tour of the city and outskirts was very well done. Plenty of time given for photos. Cave tour was fascinating followed by the separate WWII Tunnels. The latter walking tour was excellent. Only disappointment was exactly where different pickup bus would pick us all up. Had to walk up a large trail and wait. No bus seen there so our group decided to walk down a steep road to where we finally found our bus waiting. Information on how to get back to the garage was insufficient. Overall, good tour for the price paid.
Reviewer: Mike Peron