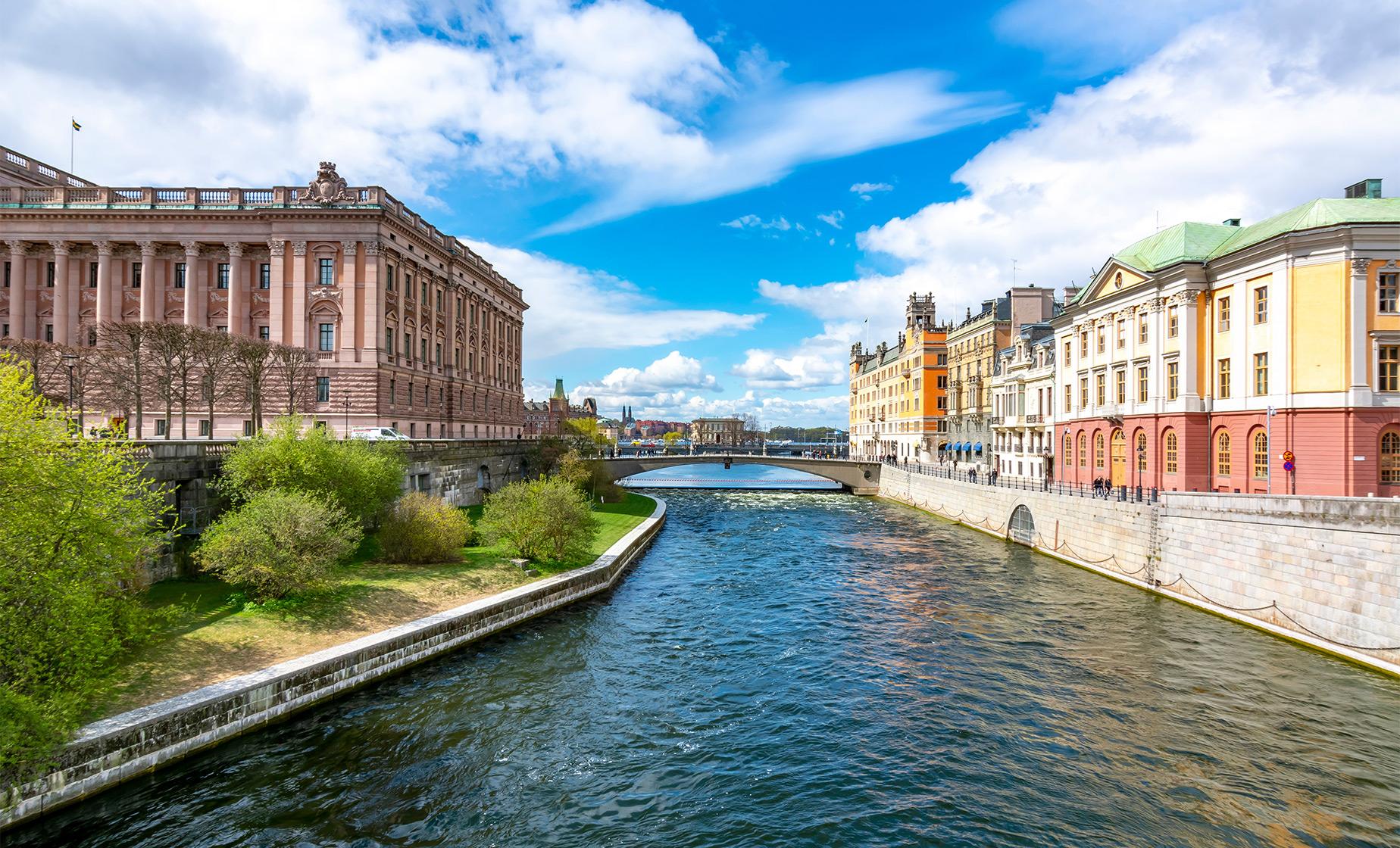 Join us on a tour through the greener parts of Stockholm. Leaving the inner city behind, you will pass beautiful and famous buildings before entering the peaceful Djurgarden canal that passes through the island of Djurgarden. The island, which is close to central Stockholm, is beloved by both locals and tourists. The canal was built on land belonging to the royal family since the fifteenth century, on orders from King Charles XIV, and was first opened in 1834.

The canal opens up into the main channel leading from the Baltic Sea to downtown Stockholm. The tour continues back along the shores of Djurgarden towards the city, offering views of the city only available from the water.

Please Note: This tour leaves from a location in the center of Stockholm, not the cruise pier. Transfers are not included. The tour is pre-recorded in Swedish, English, Finnish, German, French, Spanish, Italian, Russian, Japanese, Estonian, and Chinese, and listened to on headsets.

Shore Excursion Leaves From
A taxi or shuttle (not included, up to approximately 200 SEK each way), or up to an approximately 20 minute walk, is required to reach your departure location. (Full details will be provided in your electronic ticket upon confirmation.)

Restrictions
Guests must be able to step on and off the boat. There are some steps to enter and exit the boat. The restroom is not accessible to wheelchairs. Some boats are able to accommodate folding wheelchairs upon request. Two children ages 5 and younger may attend the tour for free, for each paying adult with a ticket for the tour, with advanced notice at the time of booking.

4.5Based On 5 Reviews Review This Tour

Reviewer: Coralanne
Tour is very informative and an opportunity to see more hidden parts of the canal.

Regular boat round trip with an overview of the ciSeptember 02, 2019

Reviewer: Rajeev Ahooja
This is a regular boat trip that prides an overview of the city. Keep in mind that the boat is open so protect yourself against the sun. As there was no trip offered from the cruise ship to the pier it became a major pain as taxies were not easily available. The city does not have Uber.

Reviewer: Brian
The instructions provided did not match our experience when trying to meet up for this tour. Once that was sorted out the trip was great.

An excellent way to see StockholmSeptember 13, 2017

Reviewer: Martha Emmons
This was a very enjoyable tour and far preferable to a land tour in the pouring rain! We saw parts of Stockholm that we would not have been able to see on the land.