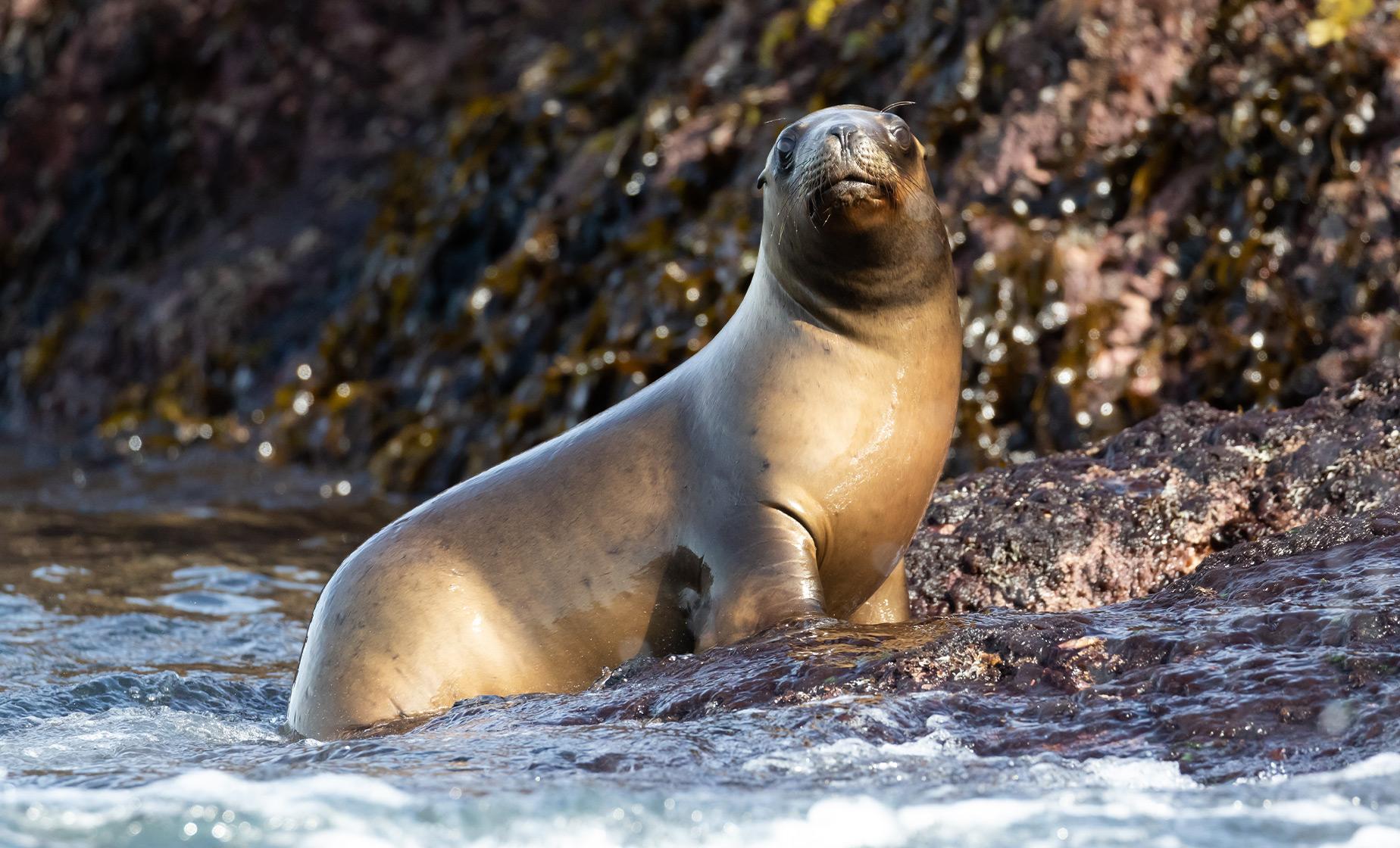 This enchanting tour will take you 11 miles south of Puerto Madryn to the Punta Loma Provincial Reserve, where you can see the famous South American sea lions. And who knows - the sea lions may be just as enchanted to see you!

Punta Loma was created in 1967; it was the first natural reserve in the Province of Chubut. The purpose of its creation was to preserve and protect the only permanent colony of South American sea lions, a mammal species spread all along the Atlantic and Pacific shores in Argentinian and Chilean Patagonia.

Males feature a dark brownish-gray color and differ from the females because they have a mane, and can reach 8 feet in length and weigh 770 pounds. The South American sea lions breed in November, when the males fight to give shape to their harem and mate. During December and until late January, the young are born. They usually have dark hair and they bleat like lambs.

The area is also home to a colony of rock shags and South American terns, among many other sea birds, land animals, reptiles and mammals. Punta Loma presents mid-sized cliffs that fall onto the sea, and large gravel beaches. On top of a precipice overlooking the gulf, a viewpoint features a sight of the sea lions' colony.

Other animals such as guanacos, choiques, Patagonian hares, foxes and piches may be observed in the steppe area within the reserve. The entire strip also contains shrubs, typical of the Patagonian steppe and the woodlands.

Recommended Dress
We recommend dressing in layers and sensible walking or hiking shoes. Guests should bring a windbreaker, a hat, sunscreen, and sunglasses.

Restrictions
Guests must be able to walk over paved, wooden, gravel, and hard packed dirt surfaces. There are very few steps involved.