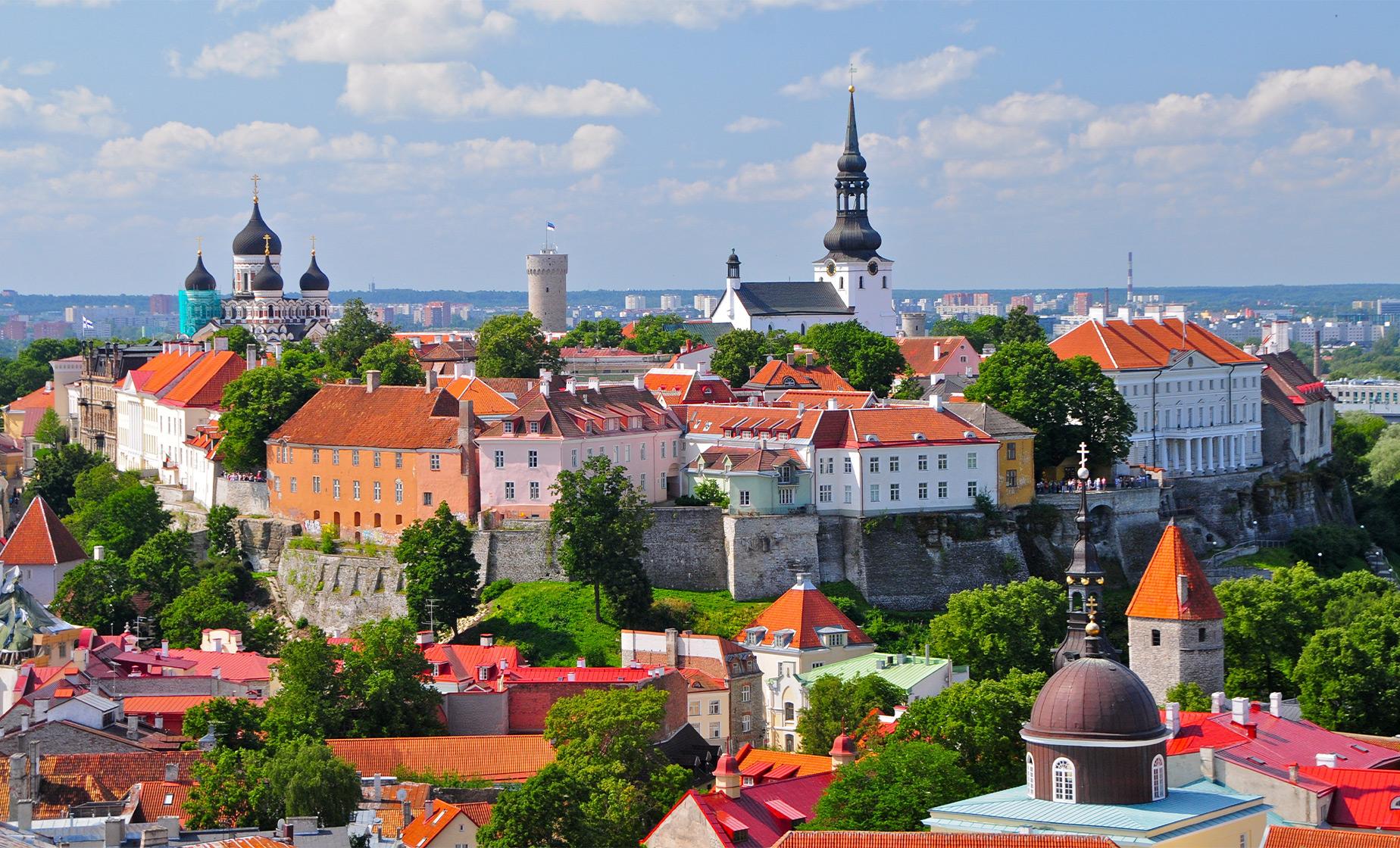 Numerous bus stops throughout Tallinn. The closest stop is at the cruise ship pier.
Food/Beverage Provided Not Included
Recommended Dress Comfortable walking shoes and clothing are recommended.
Restrictions To access the upper deck, a narrow staircase must be climbed. Fold up wheelchairs can be stored based on space available.

Admire the famous Russalka Monument. Tsar Nicholas commissioned the monument as memorial to the crew of a ship, Russalka, which sank in the Gulf of Finland in 1893.

The routes also stop at the charming and unique Old Town. Cobblestones, courtyards, shops and markets make up this beautiful medieval area where you will experience an atmosphere dating back to the 12th century. The center of the Old Town is the Old Marketplace, Town Hall Square, and the Town Hall itself, the best-preserved medieval town hall in Northern Europe. See the best of Tallinn at your own pace on this memorable hop on hop off tour.

4.3 / 5  |  10 ReviewsReview This Tour
Hop On Hop Off
Very enjoyable excursion. Allows you to see the important sites of Tallinn.
Reviewer: Nancy Piwowar

Much better than in Copenhagen
Unlike our experience in Copenhagen a few days prior, the buses in Tallinn were easy to find and the ground personnel and drivers recognized our pre-printed tickets right away. We got right on a bus and had audio all the way around the route, again stark differences from our experience with City Sightseeing in Copenhagen.
Reviewer: Art Van de Putte

Hop on hop off bus Tallin
This was an excellent way to see the city in a short time. Hop on off at the various venues and then take your time to discover on your own. Buses were clean driver courteous.
Reviewer: Louise Zastrow

Tallinn Sightseeing Hop On Hop Off Bus
The Bus was clean and the driver was friendly and informative.
Reviewer: THOMAS CHOW YIU

Tallinn
Enjoyed the bus tour of the of the city. Since were were to return to Tallinn in just three days again, didn't hop off. The bus pick up was very long walk!
Reviewer: Marilyn Hopkins