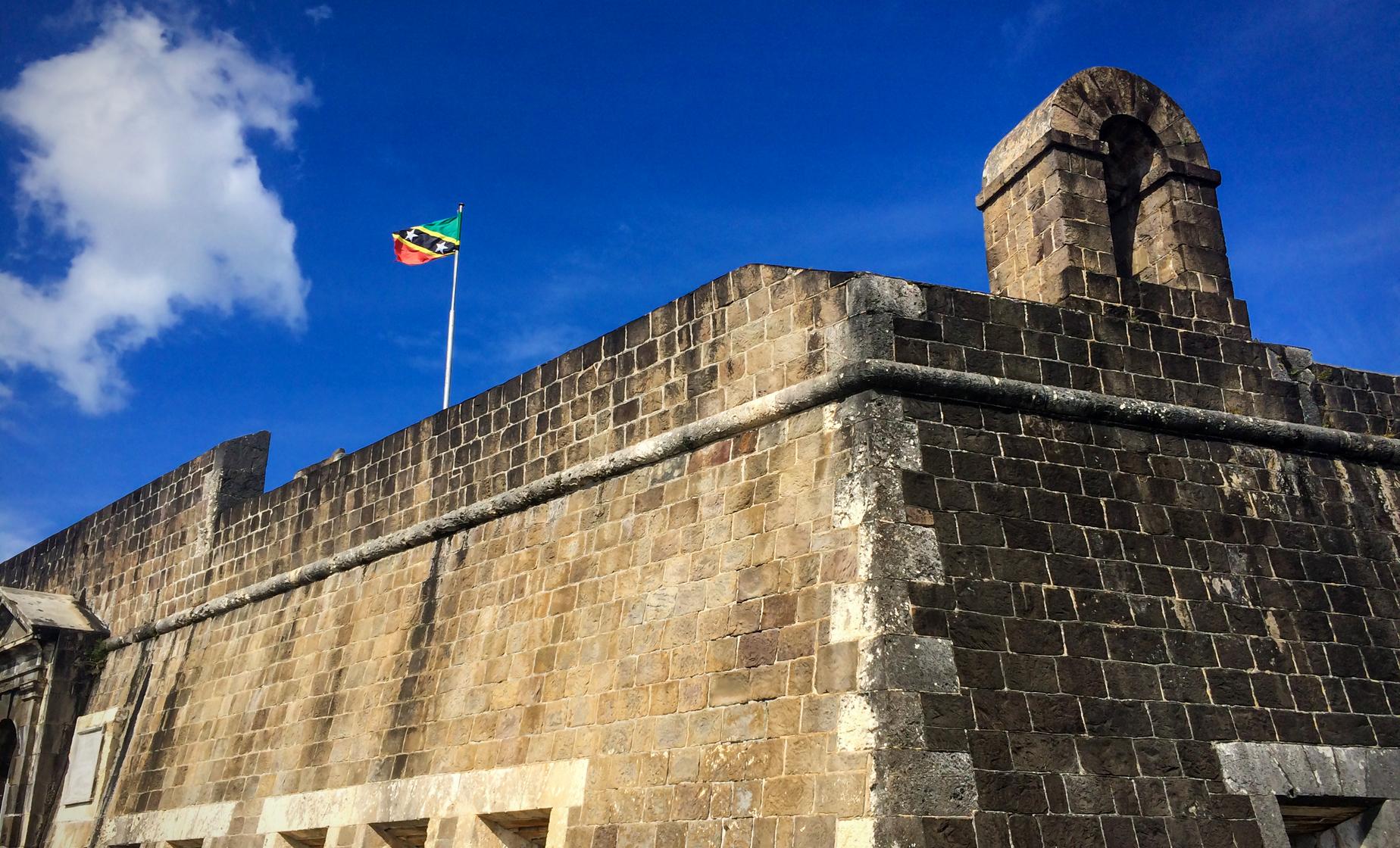 Cruise Ship Pier
Food/Beverage Provided None
Recommended Dress We recommend wearing comfortable clothing and sensible flat-soled walking shoes. Sun glasses and sunshade are also suggested.
Restrictions Guests must be able to navigate over paved, gravel and inclined pack dirt terraine. There are some steps at sites which are uneven. This tour can accommodate wheelchairs, walkers and canes with advance notice.

Your St. Kitts Island Highlights Tour is chock full of interesting sites and informative background. It begins in the capital city of Basseterre. Founded in 1627 by the French, it served as capital of the French colony. By 1639, the town had become a large, successful port and was made the capital of the entire French West Indies colony, which included the islands of Guadeloupe and Martinique.

When the British took control of the island in 1727, the city was made capital of the island. On your St. Kitts Highlights tour, you will see the British influence in the Georgian architecture, cobblestone streets, and the squares and monuments.

The city of Basseterre has had a tragic history, having been destroyed repeatedly by colonial wars, fire, earthquakes, floods, riots and hurricanes. Despite this, a considerable number of well-restored buildings still exist in downtown Basseterre.

Next on your St. Kitts excursion, you will visit Caribelle Batik, set on the grounds of Romney Manor. Using ancient Indonesian methods to keep the dye from reaching the material, Caribelle has created many designs for which they have become associated. During your St. Kitts excursion, you will see the artists demonstrating the techniques while you listen to an explanation from one of the experts. Then it's on to Brimstone Hill Fortress, a UNESCO World Heritage site. The fort is a monument to the ingenuity of the British military engineers who designed it and to the skill, strength and endurance of the African slaves who built and then maintained it. It is one of the best-preserved historical fortifications in the Americas. At the fort, a video presentation on the fortress is shown. This magnificent fortress, sitting impressively atop 38 acres of limestone and sulfur composites, is the result of 100 years of slave labor and has endured many wars fought between English, French and Spanish troops for its control.

From the fortress, your St. Kitts tour will return to the pier via the Basseterre Caribbean Sea coastal road.

4.7 / 5  |  124 ReviewsReview This Tour
St. Kits Highlights
What a beautiful place to visit! The history of the island and the view. The guide was so patient, kind, waiting and helping everybody through the tour. We thank you for a wonderful experience.
Reviewer: Katya Valarezo

St. Kitts Island Highlights
Tour gave an overview of some of the island, our driver pointed out things of interest as we drove by which was informative. Enjoyed Brimstone Hill Fortress the best. Great views, worth the climb up the fort's steps. Romney Manor was pleasant, a small view into old plantation homes
Reviewer: Jamila Horabin

Historical and Creative Tour
While there was a lot of driving on this trip, I really enjoyed our guide's fun demeanor. The Caribelle Batik stop was interesting to see the beautiful items and the way it's made. The grounds are full of flowers which are worth several pictures. The Brimstone hill Fortress was a great view of the island and a fun bit of exercise to the top. The rooms with exhibits were interesting and I would highly recommend both of these stops. We had an engaged family traveling who requested a roadside stop for some coconut water which was fine, but they tended to be ill behaved, didn't appear to tip the driver for the extra stop and would have left much of their garbage behind, had I not told them to not leave it for our very kind driver. Some people. The coast road was just beautiful and we enjoyed our tour.
Reviewer: Judi

St. Kitts Island Highlights
We really enjoyed the battlefield, but more time there would have been appreciated. The stops on this excursion were all great and the tour guide was a wonderful young fellow that knew the place well.
Reviewer: Cathy