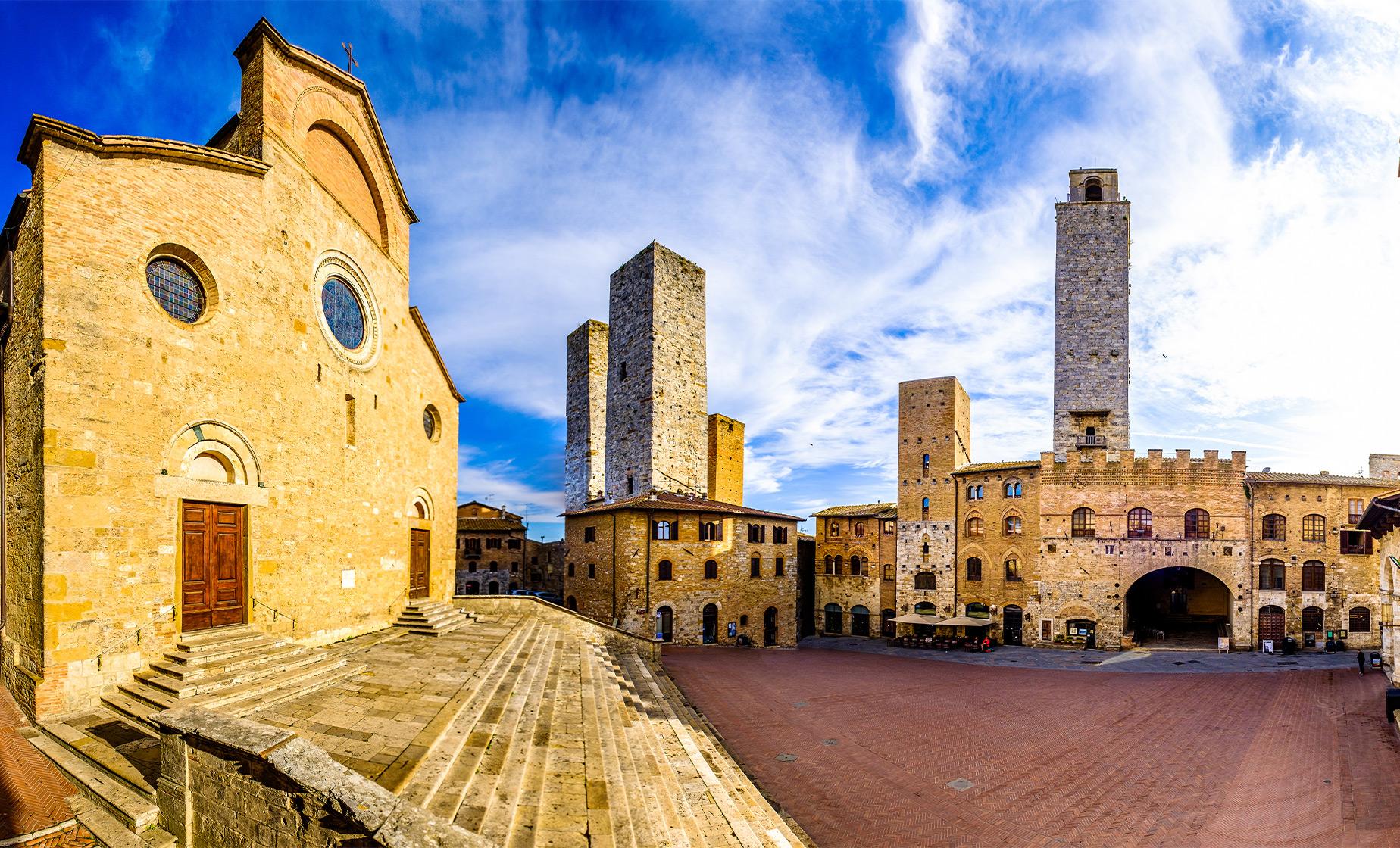 Review This Tour
From $180.00/person to $870.00/person (Select "Individuals" below) Price varies based on number of individuals in your group
Vehicles available for this tour accommodate groups of up to 2, 6, 8, 19, 25, 40, or 50 guests maximum. Groups with more than 30 guests may be accommodated upon request. Please take this information into consideration when booking.
Choose Options My Cruise Itinerary
Summary
Shore Excursion Size

The Cruise Pier.
Food/Beverage Provided Not Included
Recommended Dress As you will be visiting a religious or memorial site, shoulders and knees must be covered. Comfortable flat-soled walking shoes, sunscreen, and sunglasses are recommended.
Restrictions Walking in Florence is over cobblestone and paved surfaces. There are steep curbs in some areas. Walking in San Gimignano is predominately over cobblestone surfaces, some of which are at an incline. Pre-reserved tickets are non-refundable after tour is confirmed.