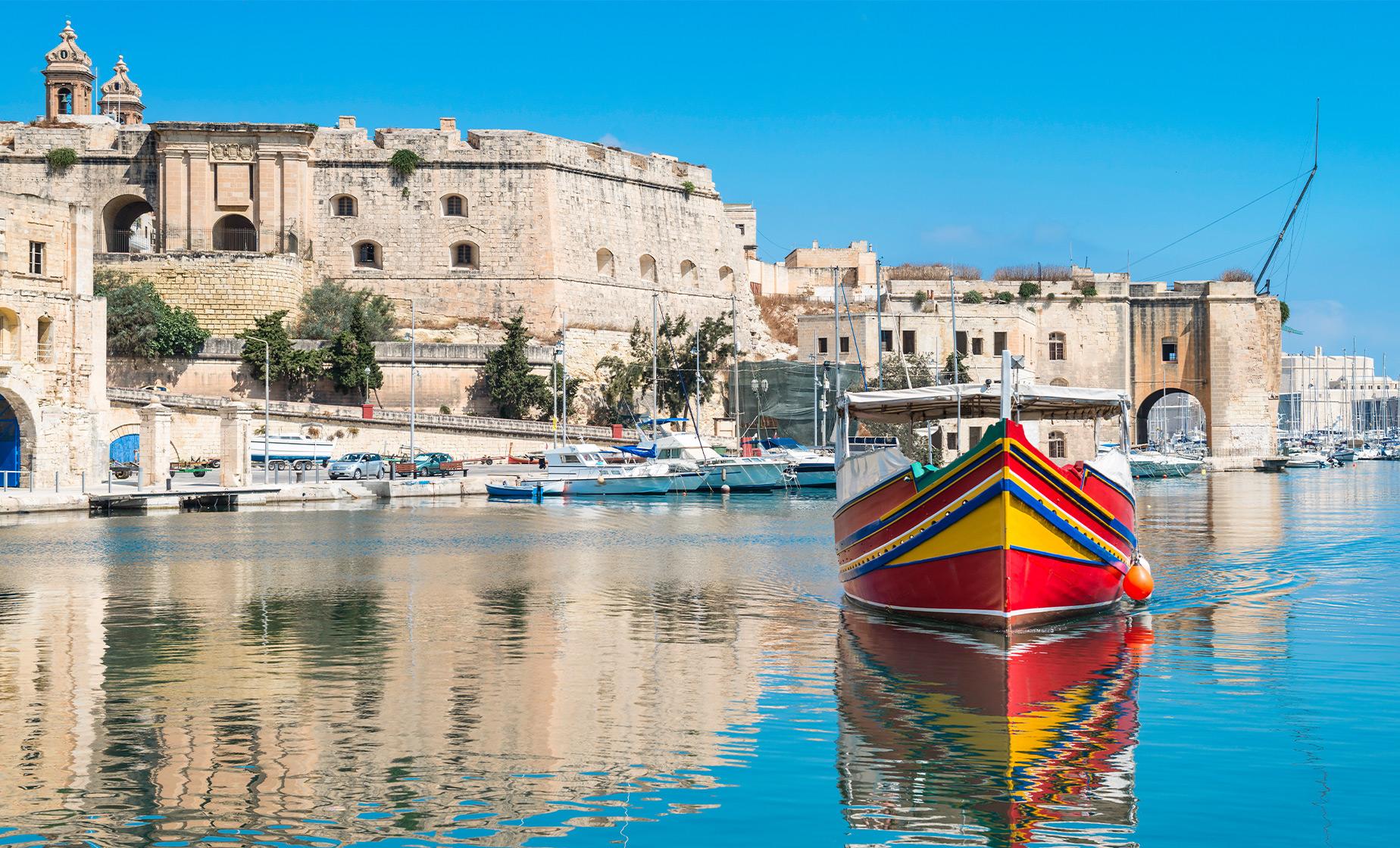 The Three Cities refers to the three fortified cities of Cospicua, Vittoriosa, and Senglea, which are enclosed by the massive line of fortification created by the Knights of St John.

Driving from the port, you will first visit Cospicua, approximately 30 minutes away. It is the largest of the Three Cities. Its maritime facilities started during ancient times around 600 B.C. In 1776 the Order of St. John began a dockyard, which was to play a vital role in the development of this city. During the reign of the British Empire, the navy made great use of the dockyard, particularly during the Crimean War, the First World War, and the years preceding the Second World War. As you drive through this area you will be able to see the majestic bastions.

You will then drive to Vittoriosa, also known as Birgu, a very old locality on the south side of the Grand Harbor with origins reaching back to medieval times. The town sits on a promontory with Fort St. Angelo at its head. After visiting this area you will walk down to the waterfront.

You will board your motorized boat for a cruise of the Grand Harbor. The harbor was the base for the Knights of St John for 268 years, and then a strategic location for the British for a further 170 years. The area was the scene of much of the fighting in the First Siege of Malta and the whole area was savagely bombed during World War II. During your 30 minute cruise, your guide will share with you the history and sites of the harbor.

Returning to dry land, you will visit Senglea, the last of the three cities. With an area of just over half a square mile, it is Malta's smallest and also its most densely populated area. Up until the Second World War (and its bombing) it was the center of Malta's elite and intelligentsia. In recent years, rehabilitation of the waterfront as a yacht marina and the renovation of various houses has made it a sought after neighborhood again. From here, you will return to the pier.

Shore Excursion Leaves From
An approximately 5 to 10 minute walk from the Cruise Pier. (Full details will be provided in your electronic ticket upon confirmation.)

Restrictions
Guests must be able to step on and off boat, as well as walk over paved and cobblestone surfaces.

4.5Based On 6 Reviews Review This Tour

Reviewer: Bonnie
We enjoyed the general history of the three towns tour and our guide Sandra was very informative. However the description of the tour did not accurately represent this was primarily walking several miles for the entire length of the tour minus the (shortened) half hour boat ride. If I had known, I would not have booked this tour since Malta’s temperature was close to 100f degrees and a walking tour in the intense sun for that many hours was not anything I would have happily purchased.

Reviewer: Yuray Morales
My husband and I really enjoyed the excursion. They were on time picking us up and the group size was nice as well. Really loved it.

Reviewer: ING
We were asked to meet tour 10 mins before 9. The driver arrived at 9.45 No apologies for being late. We stood (nowhere to sit and wait) for all that tine in the sweltering heat. That was a real hardship. The guide was first class but should have had earphones for each traveler as it was a big group and we missed a lot of info .

Reviewer: Bern
enjoyable and worth the price