Price: $120.00
Children ages 0 to 5 are free.
This tour operates on Tuesdays, Thursdays, Saturdays and Sundays. 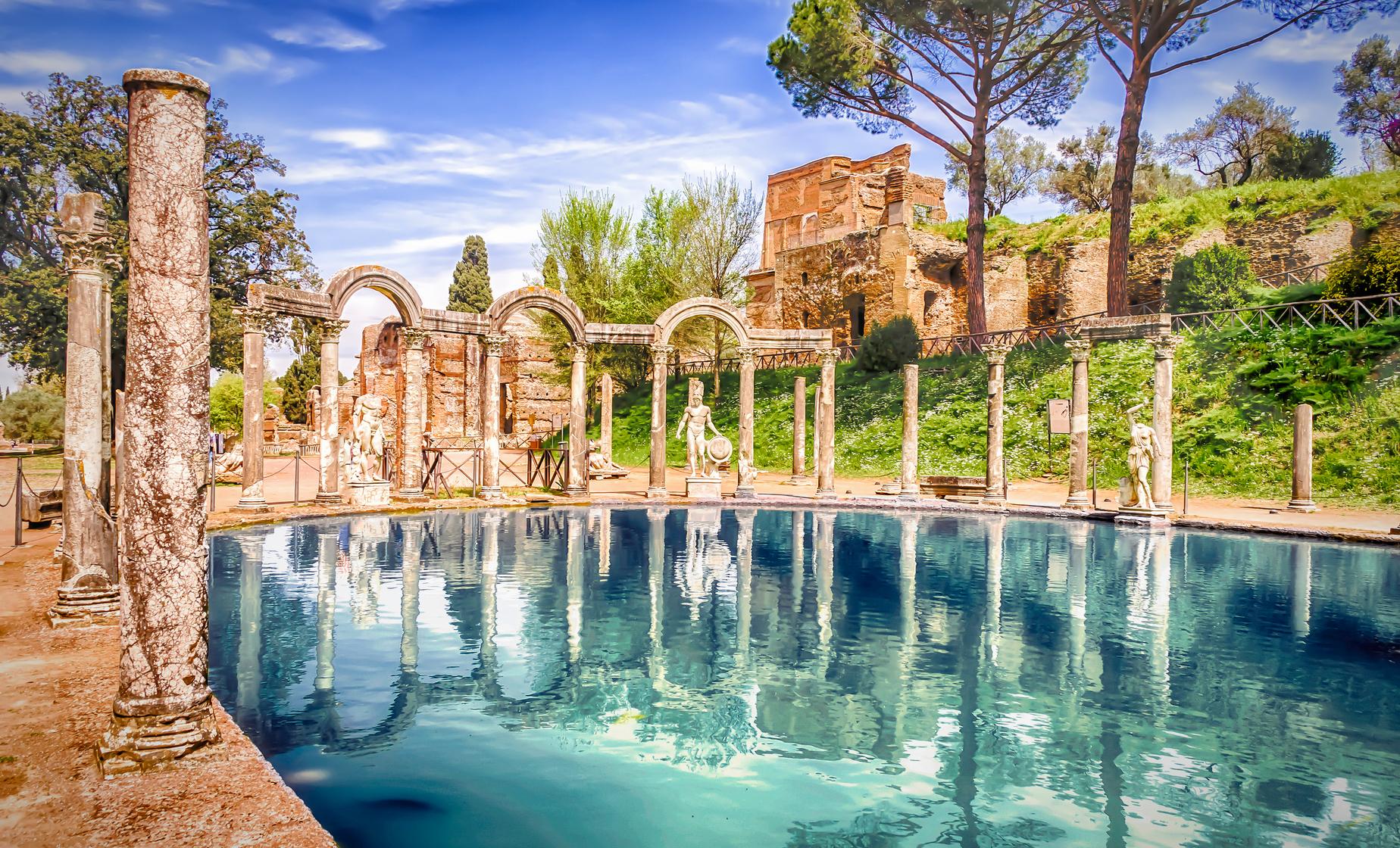 Spend the day exploring the antiquated luxury palaces of a former Roman emperor and medieval cardinal.

Your Civitavecchia tour starts at Hadrian's Villa, the largest and most luxurious residence in the Tivoli countryside. Constructed as a retreat for Roman Emperor Hadrian in second century A.D., this extensive complex contains over 30 buildings including imperial palaces, thermal baths, temples, theatres and much more. These structures contain a variety of architectural styles admired from Hadrian's travels and are primarily Roman and Grecian. Stand at the large, rectangular pool with its columns and statues then stroll through the landscaped gardens.

The ruins of Academy of the Villa are in rapid decline and have been placed on the 2006 "100 Most Endangered Sites" list.

Take a break to enjoy lunch on your own, then continue your exploration to Villa d'Este, a 16th century villa famous for its fountains and terraced Italian Renaissance hillside garden. Commissioned in the 1500s by Cardinal Ippolito d-Este, this expansive villa prompted 12 lawsuits by locals whose houses and businesses were demolished to satisfy the Cardinal's design plans. Walk through the courtyard of the Villa, which was originally a convent cloister, then explore the villa's rooms with their high ceilings and breathtaking frescoed walls, many depicting biblical and mythological scenes. The compound's 51 fountains, 398 spouts, 64 waterfalls and 220 basins are fed by a series of canals, channels and cascades, all without the use of pumps.

Throughout the tour your expert guide will share the area's rich history and culture and point out items of interest. Be sure to bring your camera! Reserve your spot on this popular tour now and get ready for a sneak peek at the lifestyles of early Tivoli's rich and famous.

Shore Excursion Leaves From
This tour takes place in central Rome. Guests on ships docking in Civitavecchia will need to make their own way to Rome from Civitavecchia (approximately 50 miles away) at their own expense. (Full details will be provided in your electronic ticket upon confirmation.)

Restrictions
Participants should be in good physical condition, as there is a moderate amount of walking. Guests must be able to step in and out of transportation. This tour is not wheelchair accessible.