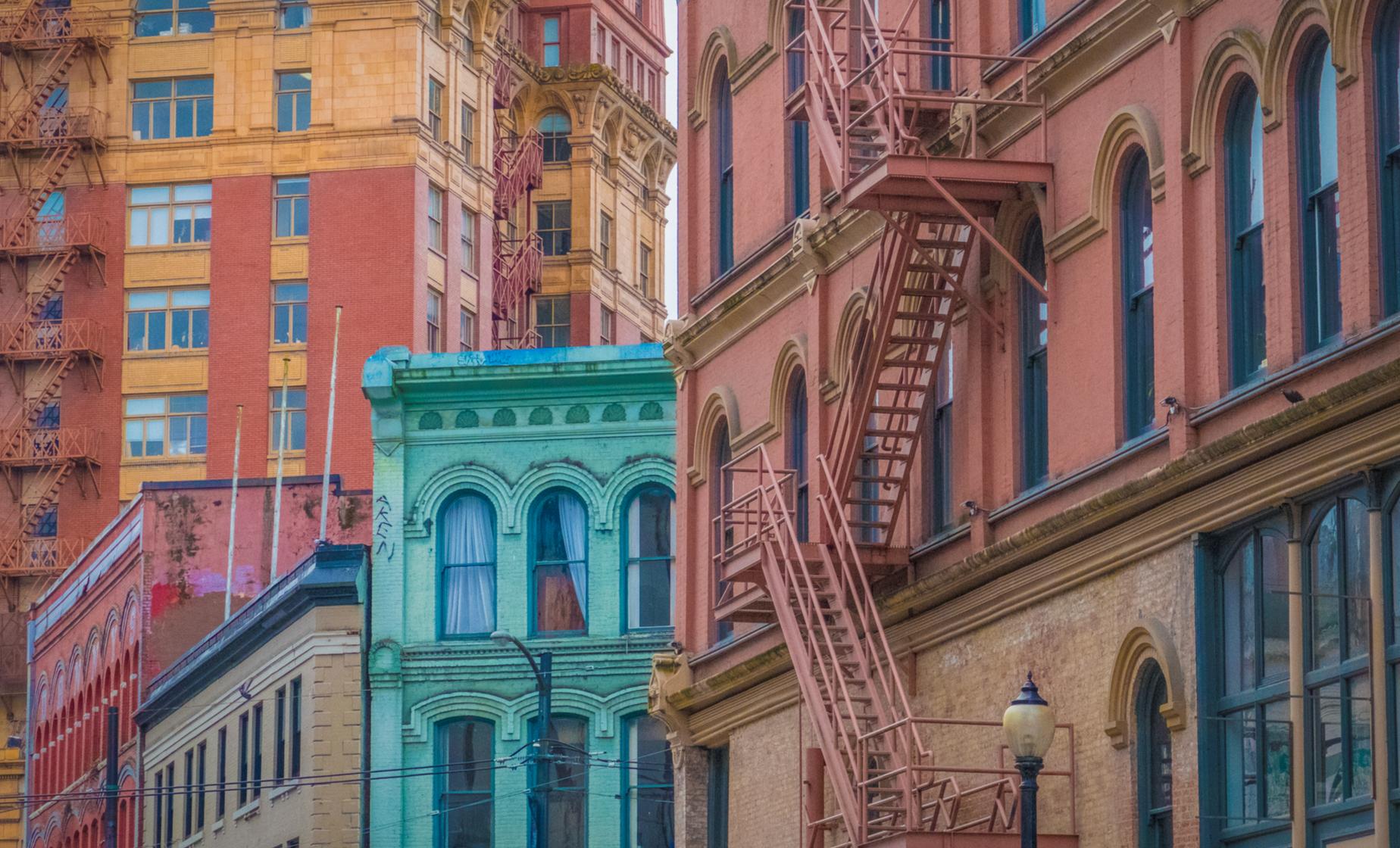 The meeting location is approximately a 13-minute (1/2 mile) walk from the pier. If choosing to take a taxi (not included, approximately $18 CAD round trip) it is about a 6 minute ride.
Food/Beverage Provided Not Included
Recommended Dress We recommed comfortable walking shoes, appropriate outerwear depending on the time of year and weather. Rain jackets and boots are recommended in Spring and Fall.
Restrictions The tour is not considered suitable for children under 14 years of age. Guests may bring their infants, but will be asked to separate themselves from the rest of the group if the child becomes unhappy. The tour is available to wheelchair guests who have a collapsible wheelchair and a companion to assist them, as well as those who use a collapsible walker or scooter. Please be cautioned that the tour may travel over some uneven sidewalks.

Uncover Vancouver's dark secrets while exploring Market Alley and other key attractions where gritty Prohibition-era crimes took place when you embark on this thrilling walking tour in Vancouver. Learn why former mayor L.D. Taylor implied that this port city is far from a Sunday school, as your expert guide shares its dark tales of bootlegging booze, blind pigs and opium dens along Shanghai Alley in Chinatown, and the mobsters and crooked politicians involved in a myriad of crimes and vice about town. Walk Maple Tree Square's cobblestoned streets and take in the beautiful architecture of buildings like the Jack Chow Building and the Sun Tower. This walking tour is perfect for history buffs and culture enthusiasts alike.

Start your journey by meeting your guide across from the Holy Rosary Cathedral in Cathedral Square, where you'll first hear about the villainous tales of Vancouver's Prohibition days. You'll learn from your guide about Vancouver mayor LD Taylor's link to corrupt figures as your guide shares Vancouver's dark tales of bootlegging booze, opium dens, mobsters and crooked politicians involved in countless crimes and vice. Taylor, a Michigan native, and Canadian emigrant was a fugitive that fled America to avoid facing the Chicago authorities' embezzlement accusations. When Prohibition arrived in British Columbia in 1917, Vancouver saw increased crime as saloons closed, and a myriad of illegal booze manufacturing and distribution, gambling, and more crimes became rampant in the city. Vancouver's main mobster Joe Celona had a reputation that rivaled that of Al Capone, including owning gambling dens and brothels that increased significantly during L.D. Taylor's reign as mayor of Vancouver.

View the iconic buildings that were built by corrupt politicians, like the Sun Tower, which L.D. Taylor commissioned. Gaze on the intricate architecture of the Hotel Victorian, the Dominion Building, the Old Grand Hotel, and the Jack Chow Building--the world's narrowest building. Discover the popular shopping districts and public spaces like Victory Square Park, Woodward's Complex, Market Alley and the Shanghai Alley in Chinatown- a location that once was a haven for opium dens and where you can see the best preservation of the illegal Prohibition-era drinking dens known as blind pigs.

Your tour guide will also share stories about the rum-running routes and underground tunnels used to smuggle illicit booze. Pass by the Old Grand Hotel--a stylish hotel known as the Fairmont Hotel Vancouver that was built post-Prohibition and also served as a secret gay meetup location. Wrap up your guided walking tour as you walk down Maple Tree Square's cobblestoned streets to see some of the popular restaurants and bars in Gastown, like the Lamplighter- Vancouver's oldest pub. It's the ideal area to revel in the details of the stories you've learned from your tour while enjoying a drink or two with friends before heading back to your port destination.