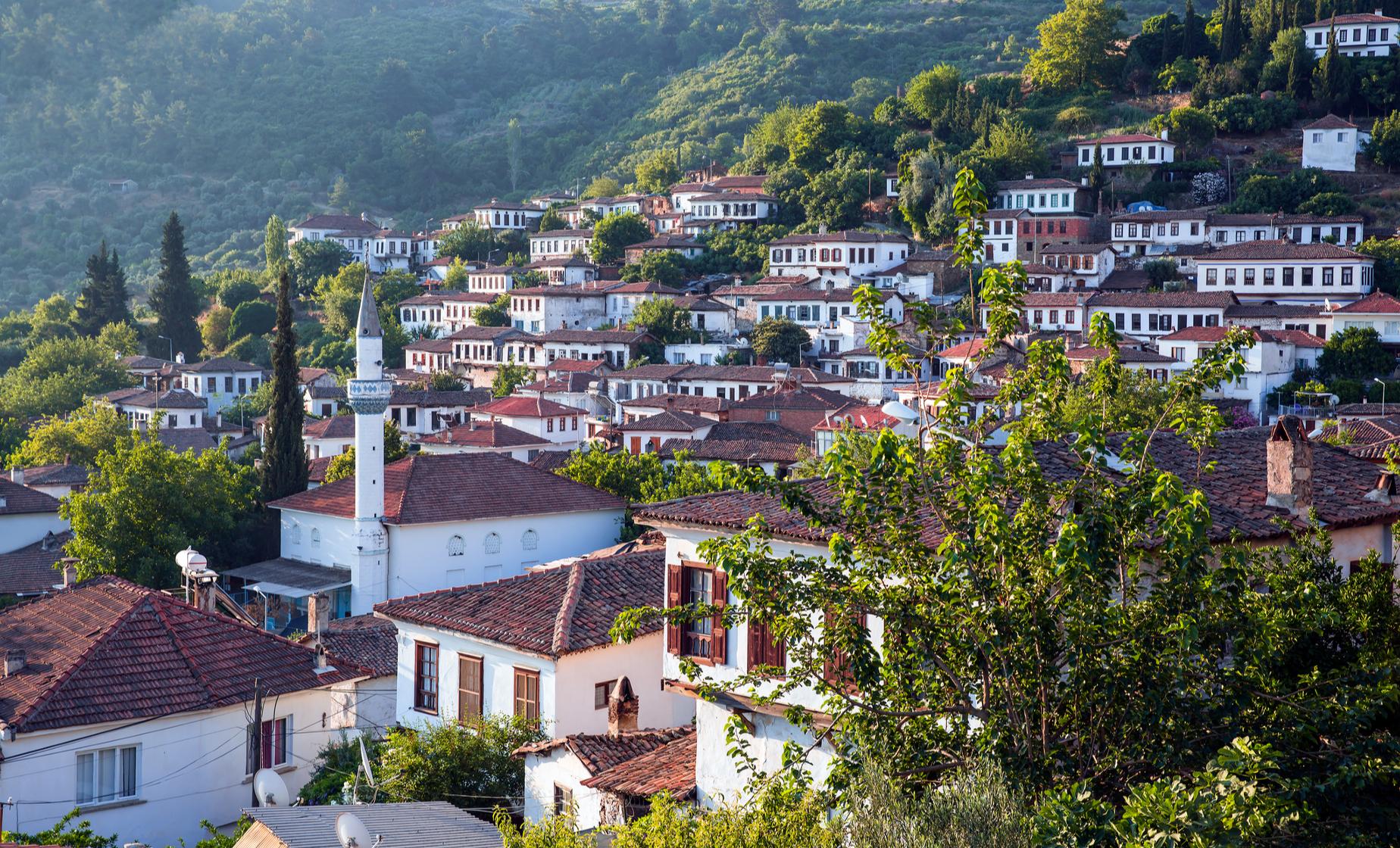 Review This Tour
From $99.00/person to $308.00/person (Select "Individuals" below) Price varies based on number of individuals in your group
Choose Options My Cruise Itinerary
Summary
Shore Excursion Size

Cruise Ship Pier
Food/Beverage Provided Snack
Recommended Dress Comfortable clothing and sensible, rubber-soled walking shoes are recommended. Sun glasses and sun screen are suggested.
Restrictions Guests must be able to walk over uneven paved, as well as cobblestone surfaces. As the village is on the side of a hill, several of the streets include inclines.

After meeting your professionally trained guide, you will board your transportation and drive to the Menderes River Valley, where you will see the ruins of Ephesus in the distance. Although you will not be visiting the ancient city on this tour, your guide will share a brief outline of the city and its history.

You will continue to the hillside village of Sirince, Turkey. The first inhabitants named the village Cirkince (ugly) in an attempt to keep foreigners from visiting. However, word of the village's beauty reached the outside world, people did visit, and eventually, the name was changed to Sirince (charming). The town is best known for its houses and a variety of wines. The wines are made from fruits including the apple, apricot, banana, blackberry, mandarin orange, melon, orange, peach, strawberry, and occasionally, wine grapes. As you approach the village, the road passes through vineyards, orchards and olive groves, which is why it is sometimes referred to as the Tuscany of Turkey.

The village is a synthesis of Turkish-Greek culture; it was inhabited by many Greeks until the 1920s. After the Independence War, the Greek descendants returned to Greece and were replaced with Turks, many who had been living in Greece. Although the exteriors of the houses still reflect the typical Greek architecture, the interiors have a distinctly Turkish flavor. Several of the houses have been beautifully restored and are open to visitors. In the courtyard of one of them is a nicely restored Orthodox church. As you stroll up and down the narrow cobblestone lanes between buildings of stone, wood, and plaster, with the scent of burning wood or the local orchards in bloom, have your cameras ready for village scenes of women weaving, men carving, a fruit market under a tree, or the local merchants tempting passersby with their fruit wines, hand-pressed olive oil, or local produce. During your walk, you will stop for an included taste of the homemade local wine and local pastry.

After your visit to the village, you will drive to a nearby restaurant for a typical Turkish lunch. After lunch, guests will have the opportunity to see a Turkish carpet demonstration.