Price: $65.00
This tour operates from March to November. 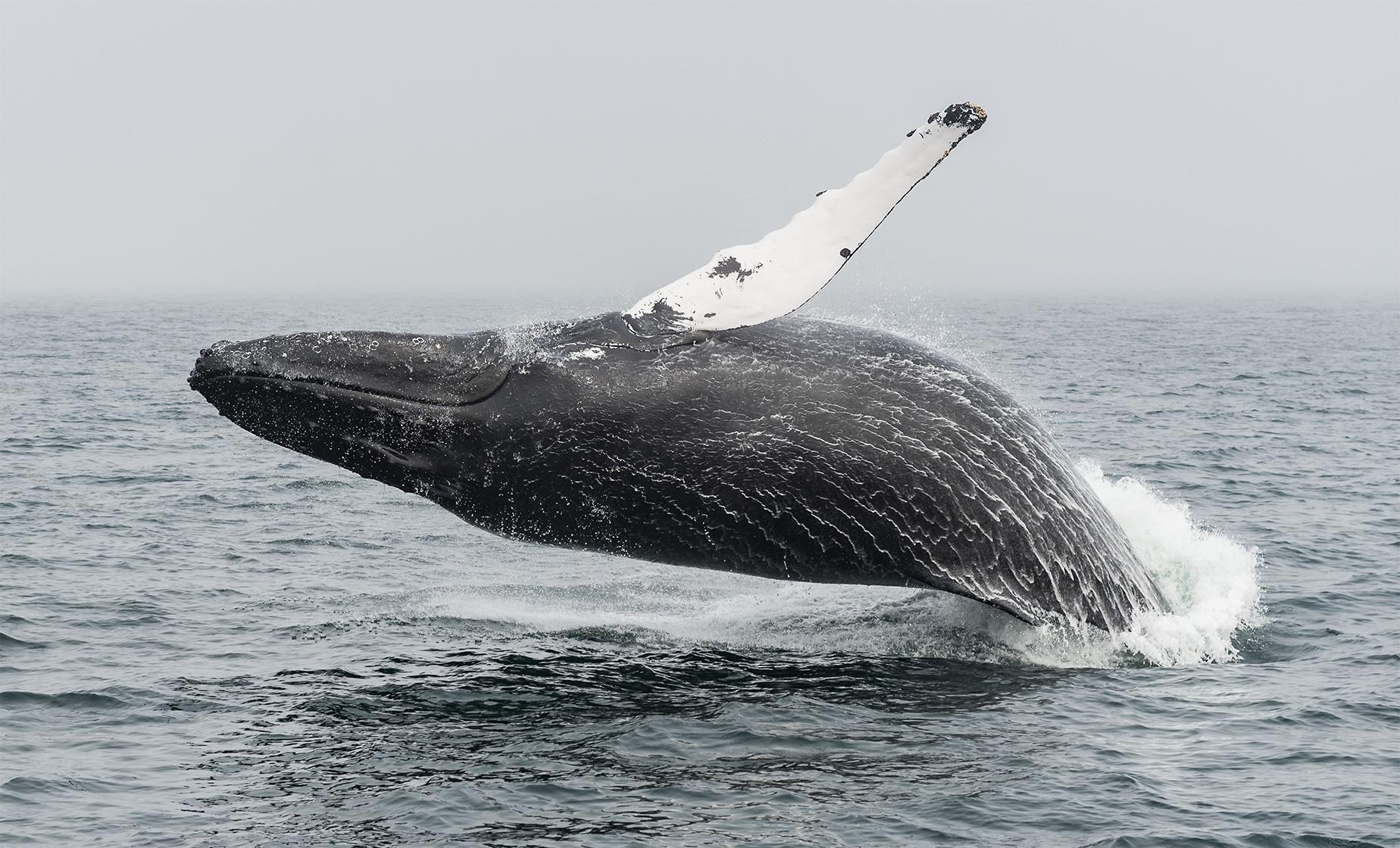 Whales cruise off the New England coast from April to November, gathering at the major feeding grounds off the Massachusetts coast. These huge mammals reach more than 65 feet in length. Even a fleeting glimpse is a thrilling and very memorable experience. Among the species that can be seen are finback, humpback, minke and right whales. These Northern Hemisphere humpbacks reach an average weight of about 37 tons and are among the most endangered. It is estimated that only eight percent of their original population remains.

The high-speed catamarans used for this tour are the fastest, most comfortable way to view the ocean's most fascinating and magnificent creatures. Getting you to and from the whales in less time means you get to spend more time actually watching them. The awe-inspiring sight of these majestic, giant creatures breaching and spouting nearby is more than exciting. The World Wildlife Fund named Massachusetts as one of the world's top ten whale-watching spots.

Set sail for the whale watch experience of a lifetime. Your destination: Stellwagen Bank Marine Sanctuary, a rich feeding ground for whales, dolphins, sea birds and other marine creatures. You'll have a good chance to view several different species of large whales, including humpbacks, finbacks, minkes, pilot whales, and the critically endangered right whales. On this tour, you may also see white sided dolphins, which are found only in the North Atlantic. You'll learn about these amazing creatures from New England Aquarium naturalists, who are always on board to share knowledge, answer your questions, and explain the mind-blowing behaviors of these truly magnificent mammals.

Professional researchers from the Whale Center of New England, the region's foremost authority on whale populations, are onboard for every trip to provide narration. Want to feel what it's like to join them? Then this is the tour for you!

Shore Excursion Leaves From
A 5 to 10 minute taxi ride (not included, approximately $10 US each way) from the cruise pier. (Full details will be provided in your electronic ticket upon confirmation.)

Recommended Dress
We recommend wearing comfortable clothing and sensible rubber soled shoes for walking on the boat. Guests should bring a light sweater or jacket, sunglasses, a hat, and sunscreen.

Restrictions
Guests must be able to step on and off the boat. There are steps required to access the upper deck.

5Based On 14 Reviews Review This Tour

Reviewer: Elizabeth Propst
Great guide, boat was clean and safe, captain maneuvered boat so all could see the whale, and the whale co-operated ..... she jumped and dove and flipped her 15 foot flippers for about 1.5 hours for us. Even the guide said this was the best trip of the season. Directions to the excursion meeting place were over the top well done. Loved it!!

Reviewer: Dean White
Had a wonderful trip! The jet boat was a large 3 deck catamaran so the viewing was spread out and all got to see. We had the good fortune to see a huge pod of Atlantic Right Sided Dolphins, Then it was several groups of Humpback whales, nice and close. Minke whales were also spotted but further away. Then more Humpback whales and then even the larger Fin whale. All in all this excursion was a highlight.

Reviewer: Tim
Yes, we actually saw whales! The tour boat and staff was great. We would take this tour again.

Reviewer: Lillia
First off I have to tell you the customer service for this tour was first class. I called the number listed in my ticket printout an they quickly resolved my problem.... my cruise ship was rescheduled to dock 7 hours late so I would miss the morning Whale Tour. They moved me to an afternoon tour an all was well. The boat doesn’t seem crowded at all until the first whale is spotted. Then all 60 people press to the railing on one side of the ship with everyone is jockeying to see. (I learned if you go to the top deck it is a lot less crowded.) We saw 8 minke whales, a pod of dolphins, a grey seal, and 5 humpback whales. Several were females just napping and occasionally waving a fin at us. The male was playful and we did get to see him breach once. You won’t be dissatisfied with this tour. The Biologist know their stuff so if there are whales, they will find them.