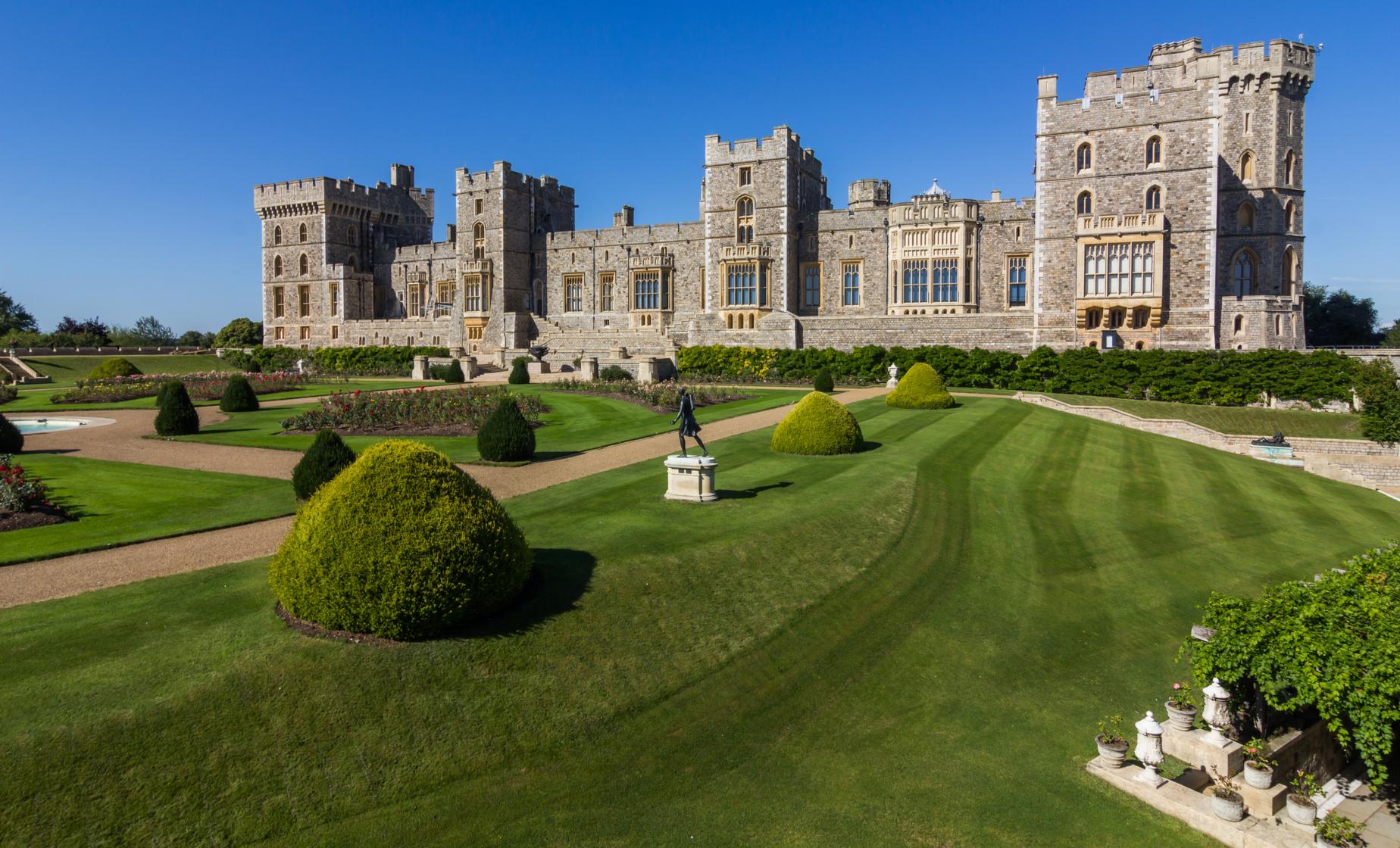 Central London.
Food/Beverage Provided Not included.
Recommended Dress If you are planning on visiting a religious site, it is customary to have shoulders and knees covered. Sensible, flat-soled walking shoes, sunglasses, and sunscreen are suggested.
Restrictions Guests must be able to walk over paved, packed dirt, and cobblestone surfaces, many of which are uneven. There are steps at several locations during the tour.

This all day program to the west of England includes highlights such as being the first group of the day to enter and tour Windsor Castle, a visit to tour Stonehenge, a walking tour of the town of Bath, and a unique tour of the Roman Baths.

Over 900 years of royal history are waiting for you in Windsor Castle, which is perched high above the River Thames just outside of London. From William the Conqueror all the way through to the current queen, successive monarchs have lived here and left their mark on what is now the largest continuously occupied castle in the world. You will be among the first people to enter Windsor Castle, so you can see for yourself the splendor of St. George's Chapel and the sumptuous state apartments. Windsor itself is a pretty town full of traditional shops and historic pubs. Shakespeare is said to have written his play "The Merry Wives of Windsor" in one of them!

After your visit to Windsor, you will continue on to Stonehenge. The most famous prehistoric monument in the world, and now a World Heritage site, Stonehenge stands alone in the vast empty tract of Salisbury plain. Its origins date back nearly 5,000 years, and it has been home to pagan religion and spiritual worship, not to mention public debate, ever since. What was this baffling collection of stones intended for? Was it an observatory of the moon, a temple to the sun, or an elaborate cemetery? Who were the people who carried and carved these 40-ton rocks? Come and unlock the secrets for yourself and marvel at this remarkable and mysterious feat of ancient engineering and design.

Your next destination, Bath, is another World Heritage site. Bath is a beautiful Georgian city with delightful crescents, terraces, and architecture. Following your guided tour of the city, you will visit the town's namesake.

Upon entering the Roman Baths you are greeted by your very own Roman legionary dressed in authentic armor who invites you to a dramatic speech by the Great Baths away from the crowds. Soak up the atmosphere while you hear what it was like to live in Roman Britain and how it felt to relax in the soothing and sacred waters after a hard day working as a soldier. Following your visit to the Roman baths, you will drive back to London.

Please Note: This tour departs from the Victoria Coach (Bus) Station, a 5-minute walk from the Victoria Train Station. This tour is intended for your pre/post cruise experience. Please be advised that the tour departure location is an approximately 2 hour drive from the port. You must find your own way to the tour departure location (at your own expense). There are many options, such as taking a taxi, train, bus, or any combination of the above.

4.7 / 5  |  3 ReviewsReview This Tour
Great Experience to Get Out of London
This is a fast paced, see it all, getting out of London tour. We have a limited amount of time in London, and this was a way to see the big sites. Know you are going to be moving about every 90 minutes, but it's a great way to see so many things. We don't tend to linger too long and we felt we had adequate time to see everything as well as visit the gift shops. The guide was amazing and so was the company. Our bus broke down, and the company had one out there quickly (think it was about 45 minutes), and we didn't miss a beat. Kudos to everyone involved. Will highly recommend this trip.
Reviewer: Karen & Michael (Texas)

Windsor Bath & Stonehenge
Here's a classic example of trying to fit to much into one day for those that have limited time okay just realize that you won't have much time to properly enjoy the sights. May I suggest you add another tour that offers a overnight in Bath for those that have a little more time. The guide was a older woman full of energy and funny but she to asked for a tip for herself as well as the driver poor taste in my opinion. I will not be apart of that cultural change.
Reviewer: Robert Bunyan

Guided tour of Windsor, Bath & Stonehenge
A complete and comprehensive tour of three of England's more popular destinations. The guide was informative and very knowledgeable. Well worth the money.
Reviewer: Bill Dildy