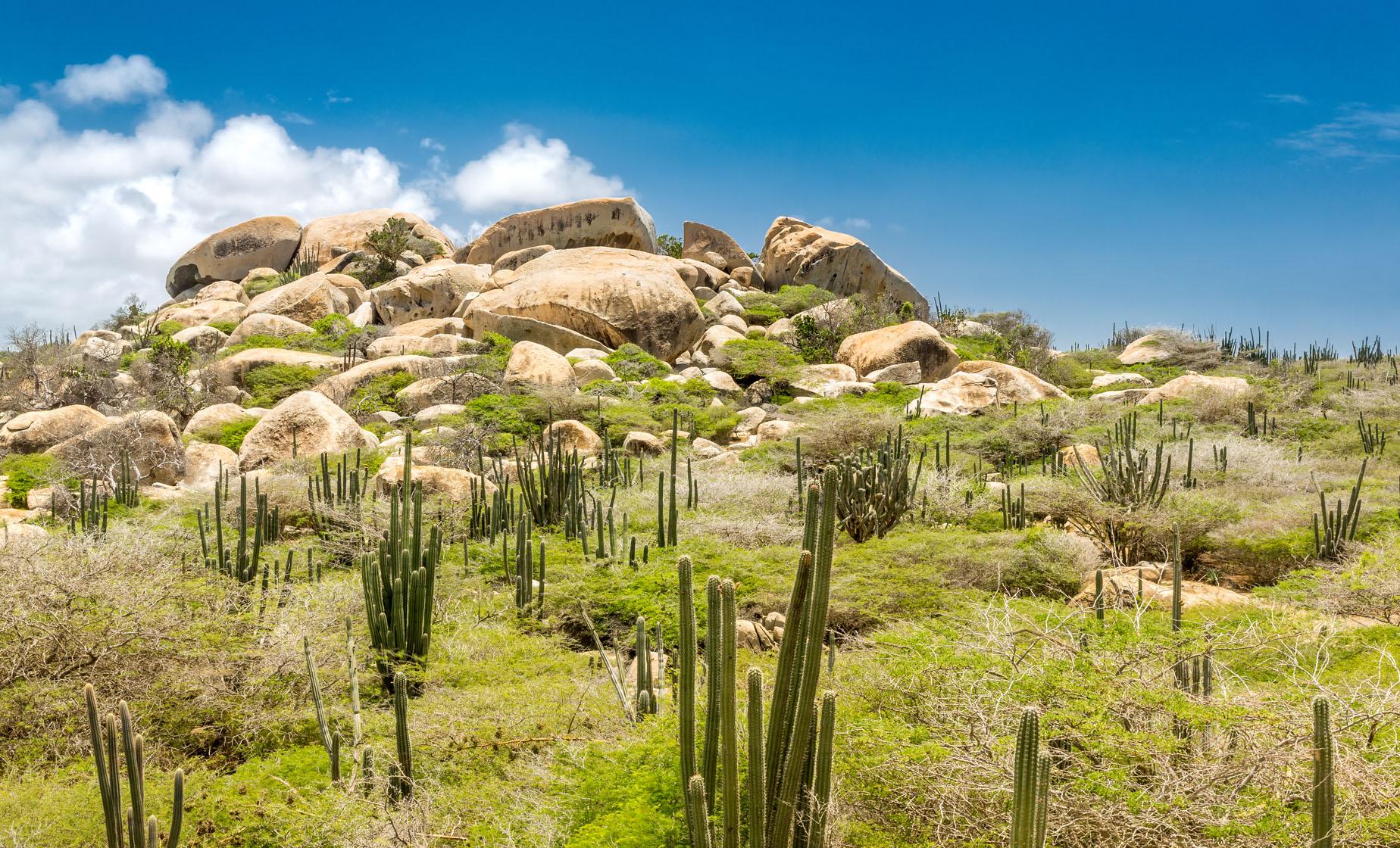 4.6 / 5  |  91 ReviewsReview This Tour
Likely To Sell OutBook Now to Guarantee your Spot
Price: $49.00
Choose Options My Cruise Itinerary
Summary
Shore Excursion SizeStandard
Shore Excursion TypeScenic, Cultural, Water/Beach
Shore Excursion Duration4 Hours 30 Minutes
Activity LevelModerate
Shore Excursion Leaves FromShip pier. Full details will be provided upon booking confirmation.
Food/Beverage ProvidedBottled water is included.
Recommended DressWe recommend wearing your bathing suit under comfortable clothes, and sensible walking shoes or sneakers. Sun glasses, a towel, and sunscreen are also suggested.
RestrictionsGuests must be able to walk on pavement, as well as uneven packed dirt surfaces. Some paths on the tour have inclines. Passengers in a wheelchair can be accommodated, provided that they can get on and off the bus on their own, and the wheelchair is collapsible.

Explore Aruba in an air-conditioned bus on the Aruba Highlights Tour. Your friendly and professional tour guide will show you the attractions and natural landmarks of Aruba.

You will make a visit to the Aloe Vera Factory and Museum. Aloe, first introduced to the island in 1840, became a very important part of Aruba's history. At one point, Aruba was the largest exporter of aloe in the world, with almost two-thirds of the island covered in plants. You will have the opportunity to take a tour through the state-of-the-art Aruba Aloe Factory and learn more about its history in the adjacent museum.

You will also see some of Aruba's famous natural wonders, including Casibari Rock Formations, and if roads permit, the Natural Bridge, a formation of coral limestone cut by years of pounding surf. It was one of the largest natural spans in the world, standing 23 feet above sea level and spanning more than 100 feet across until it collapsed in 2005. Nearby is the Baby Bridge, a smaller version of the Natural Bridge.

Next you will make a short stop at the Bushiribana Gold Mill Ruins on your way to the Alto Vista Chapel. The chapel was built on the site of the first Catholic church built in Aruba in 1750 by a Spanish missionary. It is a special place for peace and contemplation, surrounded by the Aruban countryside. Following the Chapel, you will visit the famous California Light House, named after a ship called the Californian, which has the distinction of having received distress signals from the Titanic as she went down in icy waters in 1912. This area offers some of the most beautiful scenic views of Aruba.

Your day ends with a refreshing swim (sea and weather conditions permitting) in the pristine waters of Aruba at Arashi Beach, renowned for its beautiful white sand and great snorkeling. You will get the opportunity to go for a swim, do some tanning, or go snorkeling. Snorkeling equipment will be provided.

Recommended Dress
We recommend wearing your bathing suit under comfortable clothes, and sensible walking shoes or sneakers. Sun glasses, a towel, and sunscreen are also suggested.

Restrictions
Guests must be able to walk on pavement, as well as uneven packed dirt surfaces. Some paths on the tour have inclines. Passengers in a wheelchair can be accommodated, provided that they can get on and off the bus on their own, and the wheelchair is collapsible.

4.6 / 5  |  91 ReviewsReview This Tour
Great tour of the island
I loved our tour of the highlights of Aruba. Our guide was most informed of the history of the island. I was amazed at the Aloe factory on the island, and the beauty of the beaches were breathtaking. This is indeed one happy island.
Reviewer: Bob

Awesome overview of the island
We had a great time, seeing the highlights of Aruba. If you looking for an in-depth look at Aruba, it is not for you, but it is awesome for the first-time overview.
Reviewer: Evgeny

Loved it
The whole tour was put together really good
Reviewer: Philipp Golke

Excellent tour
Very interesting and good value for the money. The bus was new and clean and very comfortable and our guide was excellent. I feel like a saw most of the island including the light house, natural bridge, Alto Vista Chapel and the beautiful countryside. I enjoyed the aloe factory and brought home some of their lotions. I would suggest this tour if this is your first time on the island.
Reviewer: Carole McGraw

Aruba Tour
Thank you for showing us the people and their life.
Reviewer: Carol Briscoe