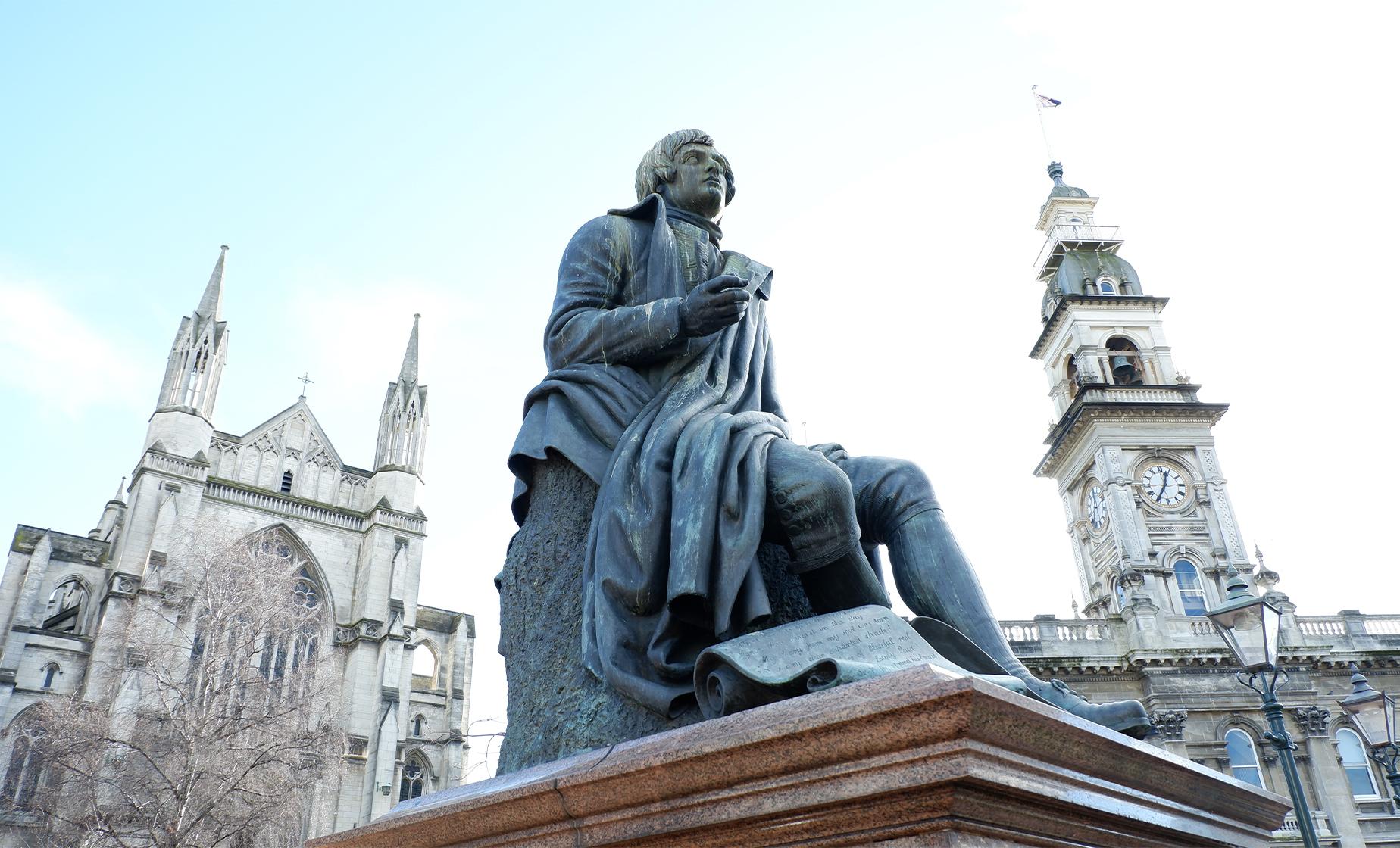 Beginning at Port Chalmers Wharf, you'll travel through the city, reaching University of Otago before seeing the world's steepest street. Atop Signal Hill, you'll see a stellar view of Dunedin city and harbor. Thereafter, the Botanical Gardens will be seen, followed by a tour of the town belt with commentary on the historic mansions and early settlers. Finally, the lovely Dunedin Railway Station is visited. This is the ideal adventure for the active traveller who desires an overview of this picturesque town.

From Port Chalmers Wharf, your trusty guide escorts you along the coastal hugging harbor road which leads to the city. In 2014, UNESCO declared Dunedin a Creative City of Literature in large part to the University of Otago, which you'll stroll through.

Please change to: Move on to reach Baldwin Street, noted by Guinness Book of World Records as the steepest street in the world. You can choose to walk up to the top of the street, go just half way up to experience the incredible gradient, or take the chance to browse some of the local residents’ souvenirs near the bottom of the street. Next the tour will drive to Signal Hill Lookout which lends a spectacular view of Dunedin City and the Otago Peninsula.

Next is a visit to the world renowned Botanical Gardens. Declared a Garden of International Significance, it celebrated its 150th birthday in 2013. While the geographic plant collections favor the Victorian style, it boasts horticultural and botanical collections from around the world.

Just along the outskirts of the city, see the wealthy homes of the Victorian settlers constructed during the Gold Rush era, on route to visiting Dunedin's Railway Station. Designed by George Troup, with Flemish Renaissance design cues, it resembles a gigantic, white gingerbread house.

View the magnificent buildings of the Octagon in the city center, and see the statue to Robert Burns, the famous Scottish poet. As you stroll through the city's historic section, prior to the journey's conclusion, you'll note Victorian styled buildings that echo its British influences. There will be additional free time provided for shopping or enjoying refreshments at the many cafes and bars in the Octagon before the tour will take you back to your cruise ship. Book this tour for an interesting city overview.

Restrictions
Guests must be able to step in and out of the vehicle. Collapsible walkers and wheelchairs may be accommodated with advance notice; however, please note the vehicle does not have any facility on any for a rigid wheelchair or extra large/heavy duty wheelchair.

5Based On 19 Reviews Review This Tour

Reviewer: Elizabeth
We spent the whole day seeing all the highlights including time to explore on our own! Very informative

Reviewer: ben
we had good time and expirience

Reviewer: Sct
The tour was very nice, saw a lot of sights and had a bit of time downtown to grab a bite to eat. Driver was an older fellow, not the best driver but ok. He was very knowledgeable about the town and New Zealand.

Reviewer: Lynne Linfield
Our guide went Above and beyond all expectations. Her knowledge of Dunedin was just brilliant and commentary was very entertaining. We could not have asked for better. Being a small group was so much better than the regular bus groups