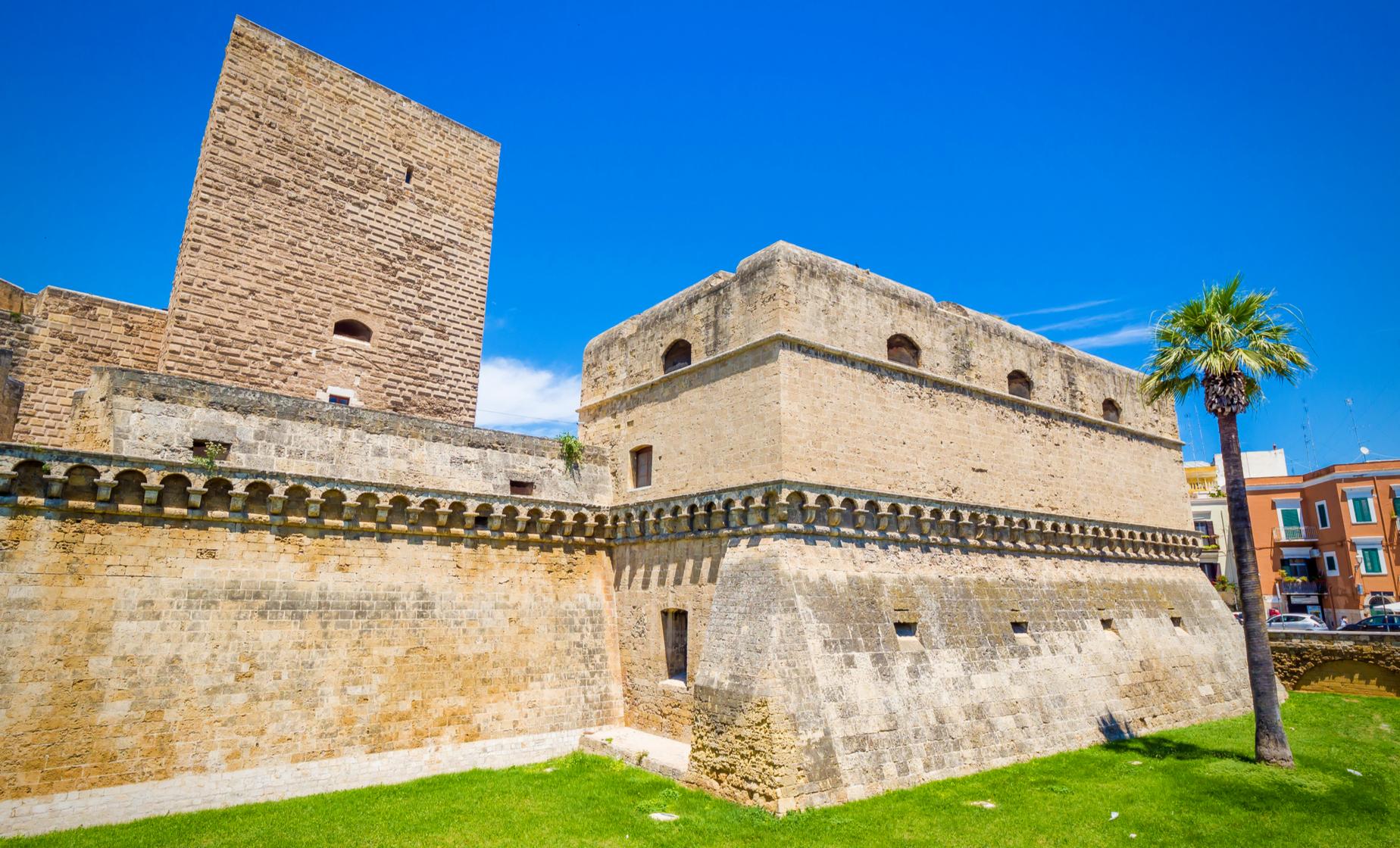 This tour will take you past monuments, churches and noble buildings. Believed to be originally Illyrian, Bari was controlled by the Greeks and then, later, the Romans. During the Roman era, Bari was a connection between the coast roadway and the Via Traiana, and is thought to have been the main focal point of a fishery.

Experience the local museums and underground channels for a unique cultural immersion. Bari is divided into parts which include a modern area called "quarters", which was developed in 1820, and an ancient district, located on a peninsula to the north, which contains many beautiful Romanesque-Pugliese structures and churches, where you can relive history.

See the Basilica of Saint Nicholas and the crypt with 26 columns sporting capitals in Byzantine and Romanesque style, housing the remains of St. Nicholas.

Stop at the Museo del Succorpo della Cattedrale, A subterranean museum inside Bari cathedral where recent excavations have revealed remnants leftover from an ancient Christian basilica and various Roman ruins. These include parts of a 2nd-century Roman road, the floor mosaic from a 5th-century paleo Christian basilica featuring octopi, fish and plant motifs, and elements of a 9th century Byzantine church.

Next visit the Archeological Museum of Santa Scolastica where an entrance within an embrasure at the foot of the bastion leads to a route which allows you to observe part of the rich archaeological stratification of the site which ranges from the Bronze Age (2000 BC) to the Byzantine and Medieval eras, passing through the Greek and Roman periods. The remains of the old city walls, dating back to the end of the 4th century BC are among the most striking historical relics on display. It is also possible to see the ruins of a pre-historic village and a Peucetian and Greek burial ground.

Continue to the Swabian Castle, also known as the Castello Normanno-Svevo. The first castle on this site was likely built in the 1130s by a Norman King. The Normans ruled southern Italy starting in the early 11th century, taking the region from the Byzantines, but in 1156 the existing castle was destroyed when Byzantine troops re-took the city. Inside are monumental sculptures and other Puglian artifacts, and there are occasional special art exhibits on display.

Palazzo Simi, Simi Palace, now Bari's Archaeology Operations Centre, is of the Renaissance period sealing a dense and tight archaeological stratification both vertical and horizontal. The high-medieval and Romanesque period related masonry stratifications are visible in the basement of the building, built on the remains of a byzantine church.

Stop at the Civic Museum and view the prehistoric section with an interesting Paleo-Christian epigraph that evokes the atmosphere of the city from the Renaissance period to the present days.

Your tour ends discovering the modern French part of the city along the famous sea-side where you will see opera theaters and luxurious shopping boutiques and experience lively squares where a taste of local products is not to be missed.

Please Note: You will have the choice of visiting two of the listed museums. Minimum age to participate is 6 years old.