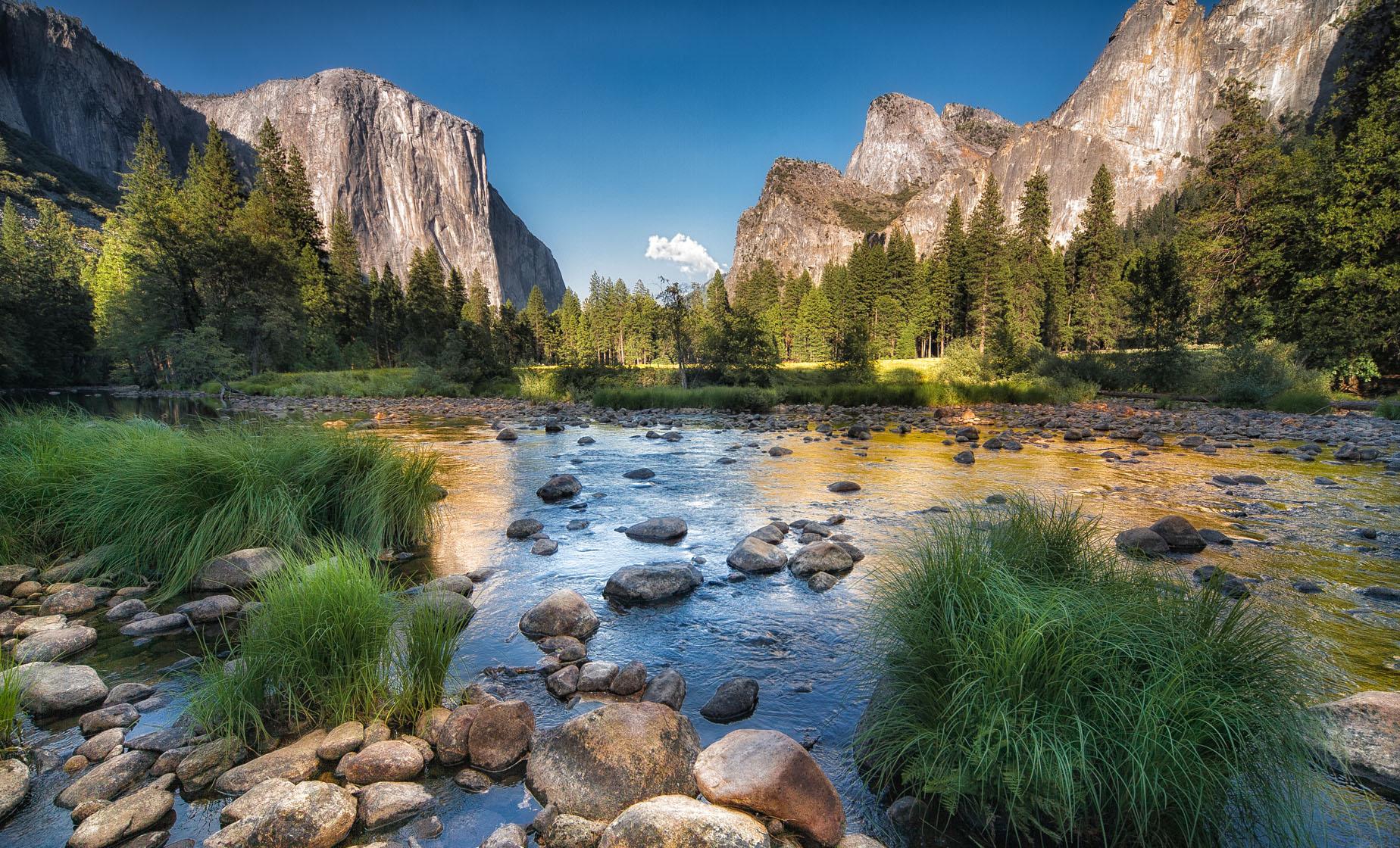 Your Yosemite tour begins with a 3 hour and 30 minute drive through the East Bay, where you'll head up into the Sierra Nevada foothills and pass through one of the original California Gold Rush towns. By late morning, you will arrive at the tour's main highlight: Yosemite National Park, one of the country's most famous national parks. The park covers an area of about 761,000 acres and is visited by more than 3 million people each year.

During your time in the park, you'll pay a visit to several notable areas, such as Yosemite Falls, El Capitan, Half Dome, and Cathedral Rocks. At a staggering 2,450 feet, Yosemite Falls is the highest waterfall in North America and third highest in the world. El Capitan is a vertical rock formation that stands 3,000 feet tall and is a popular spot for rock climbers; it's no easy feat. Half Dome, which is arguably Yosemite's most famous rock formation, rises more than 5,000 feet above ground and is pretty hard to miss; don't leave without snapping a photo or two! At Cathedral Rocks, you'll lay eyes on a mesmerizing formation that suggests the architecture of Gothic cathedrals. The summits of the rock and the spires are about 3,000 feet above the valley.

Make your reservation now for a full day of unforgettable sights.

Please Note: If you are arriving by cruise ship, the closest pick up location to the cruise pier is the Sheraton Hotel at 2500 Mason Street. The tour route and some stops may vary due to the weather and traffic conditions.

Shore Excursion Departs From
Custom pick-up from hotels in the Fisherman's Wharf and downtown San Francisco areas is provided for this tour. Please enter your desired pick-up location above. If you are arriving by cruise ship, please enter the Sheraton Hotel at 2500 Mason Street.

Restrictions
This tour is not wheelchair accessible. Please note that for a child's safety, it is required to bring a child safety seat or booster seat for all children under 8 years of age or 4' 9" in height. Guests will be required to bring their own child seat because the local representative does not carry any child safety seats on their vehicles. Failure to provide a seat for the child will result in forfeit of seats on the tour without a refund.

Reviewer: Peggy Sprott
This excursion was wonderful! Our driver and guide, Antonio, was very knowledgeable. Got to see a lot of great things and had ample time to explore while in the park.