24/7 Support
Choose A Destination Below 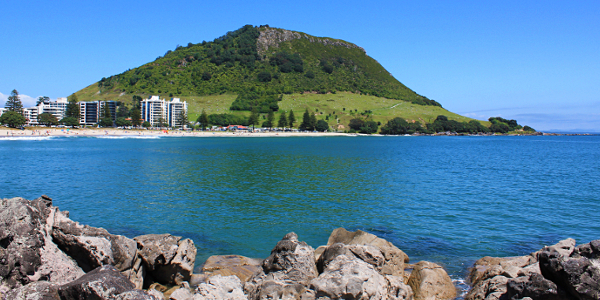 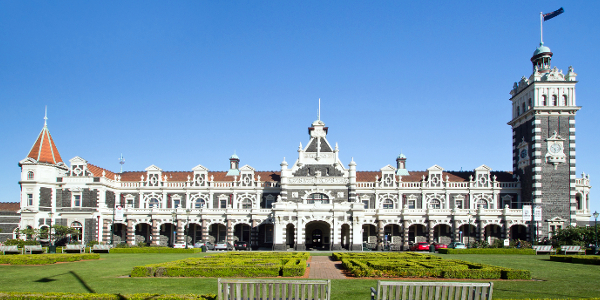 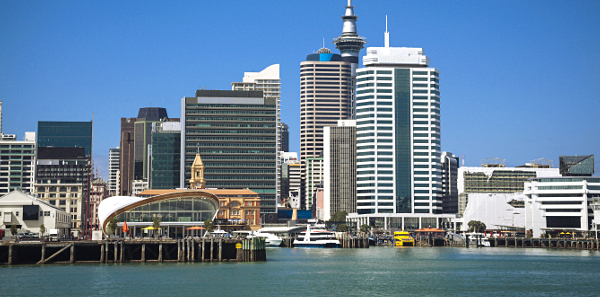 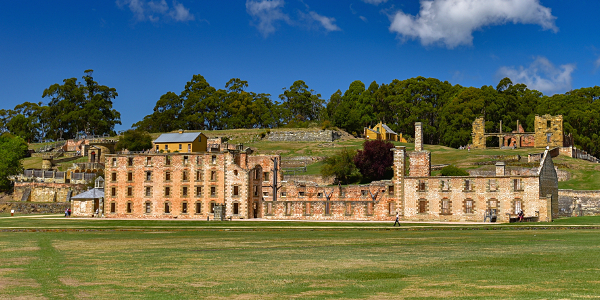 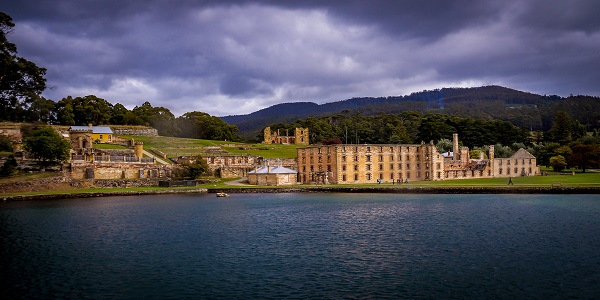 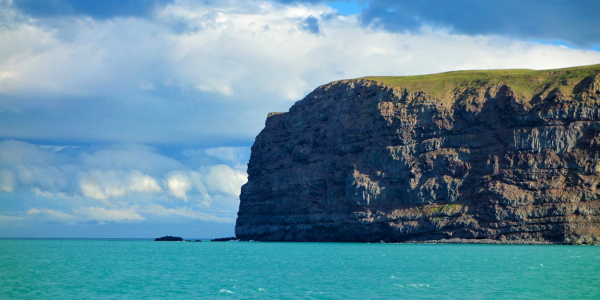 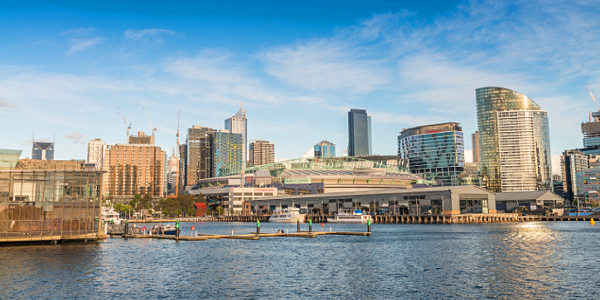 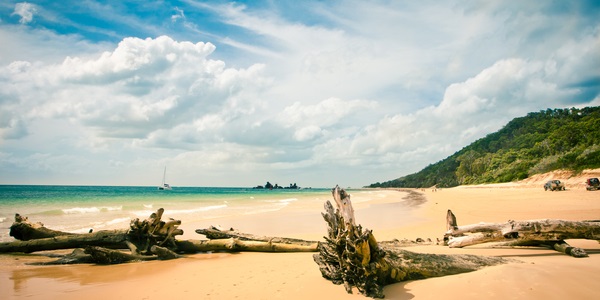 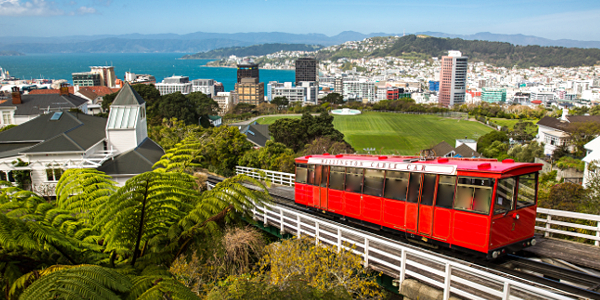 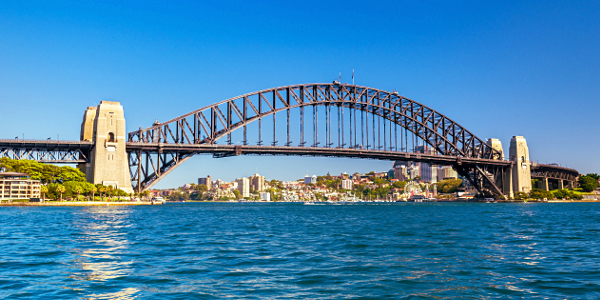 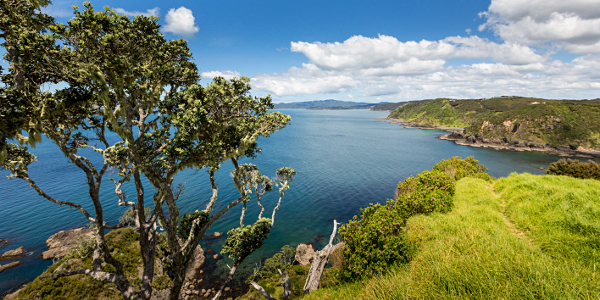 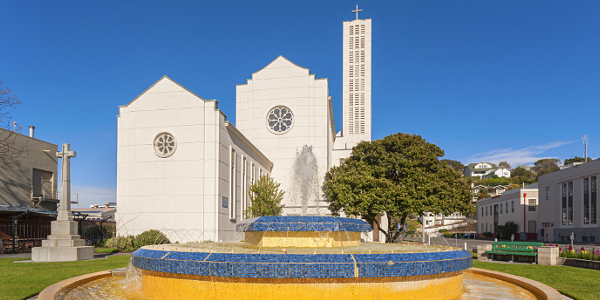 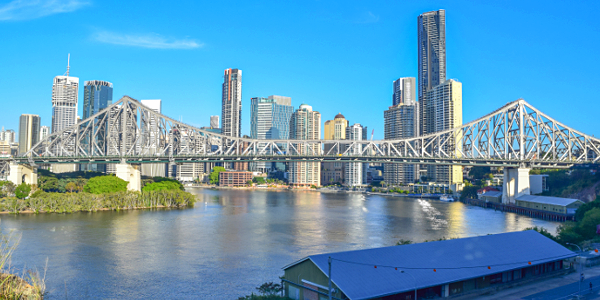 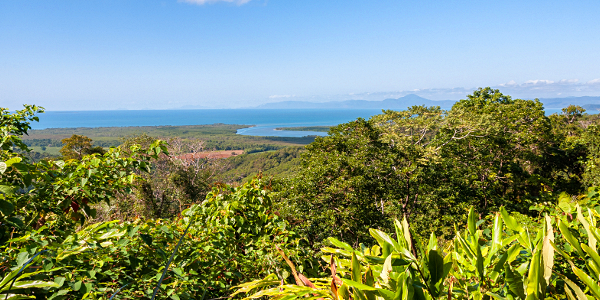 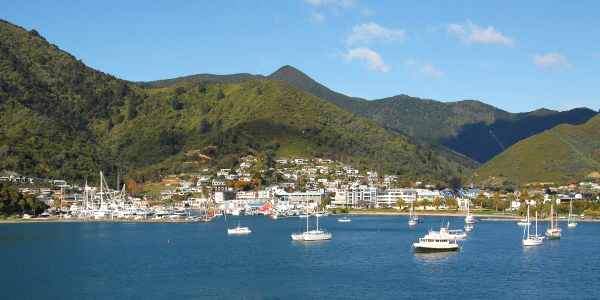 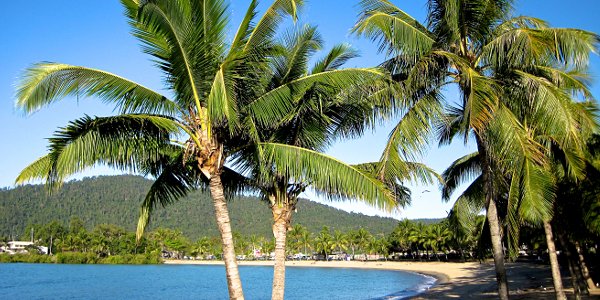 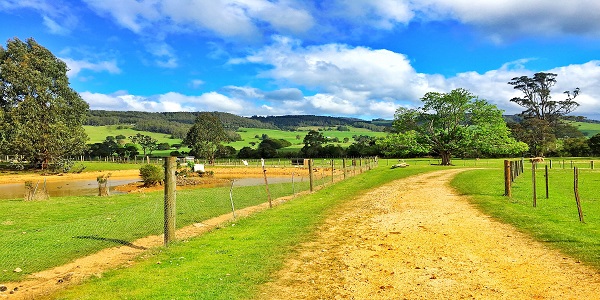 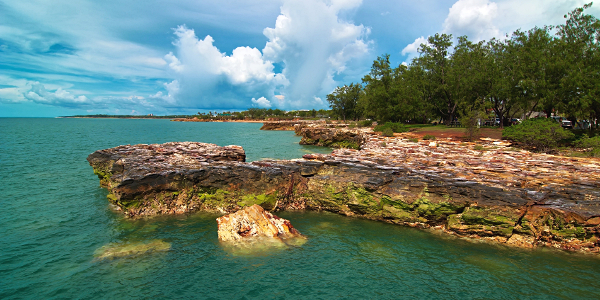 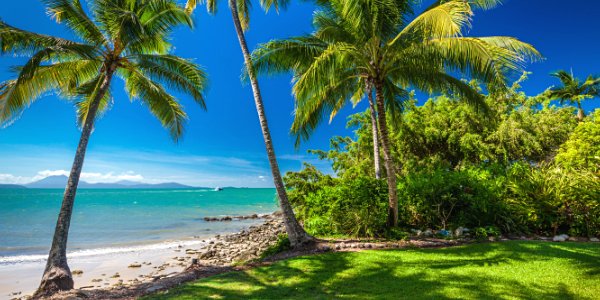 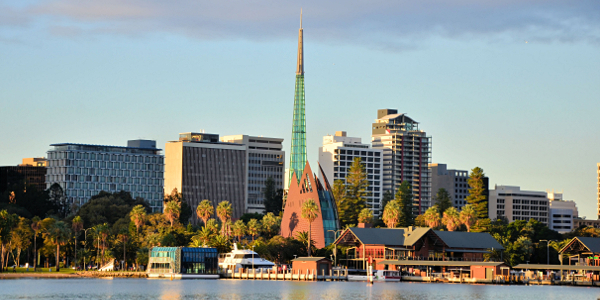 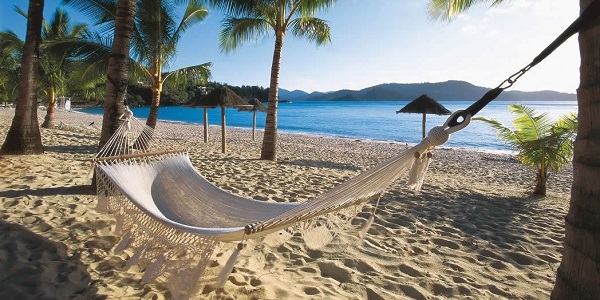 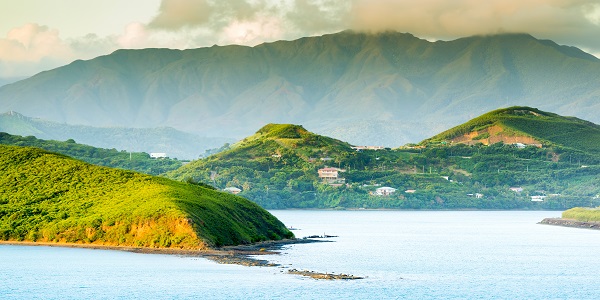 Australia consists of the mainland continent as well as the island of Tasmania and numerous smaller islands. It is the world's sixth-largest country by total area. Indigenous Australians (aboriginals) inhabited the area for more than 38,000 years before Australia was "discovered" by Dutch explorers in 1606. The country has six states and several territories, each one different than the others, offering a whole new world of exploration. See what Australia has to offer.

Sydney is the capital of New South Wales and one of the country's largest cities. It also happens to be the first stop on many Australian itineraries, and for many reasons. Cruise ships of all lines dock at two locations, Overseas Passenger Terminal and White Bay. This city is as vibrant as the many nearby beaches - within a short drive, you'll hit the golden sand beaches of Bondi, Manly, and many more. However, Sydney is probably best known for its harbourfront Sydney Opera House, with a distinctive sail-like design. With so many things to do and sightseeing opportunities, we could spend a full day going over all their tourist attractions and then some.

Melbourne is the coastal capital of the southeastern state of Victoria. The cruise terminal at Station Pier is only 15 minutes from Melbourne's city centre or business district. The central business district is home to the modern Federation Square development with plazas, bars, and restaurants by the Yarra River. There are five major wine regions near Melbourne too, and the area's most well-known is the Yarra Valley. Thousands flock every year to the more than 70 wineries and exquisite wine tastings located in this area.

Cairns is a tropical paradise for divers, adrenaline junkies, and after-dark explorers, offering heart-pounding adventure and a booming nightlife. The city is the gateway to two UNESCO World Heritage sites, the Great Barrier Reef and the expanses of the Daintree Rainforest. Snorkel with incredible marine life residing in the coral reefs or do a guided tour of the emerald green rainforest. These natural wonders alone offer the travel experience of a lifetime. Cairns is located on the northeast coast of Far North Queensland and is about an hour's drive from Port Douglas.

Indigenous Australians have lived in the Outback for tens of thousands of years. It is a place of freedom and no restrictions, with a deep reservoir of aboriginal spirituality. The Outback spans most of the center of Australia, including inland areas of New South Wales, Queensland, South Australia, Western Australia, and the Northern Territory. Located in the heart of the Northern Territory, Uluru, or Ayers Rock, is arguably the most popular natural landmark. Alice Springs is the largest city closest to this massive ancient red sandstone monolith and a charming town worth the visit. You can also find over 20 national parks dotted throughout this vast area teeming with wildlife, from kangaroos to koalas.

New Zealand is made up of two main landmasses, the North and South Islands and many smaller islands. It lies 900 miles east of Australia and approximately 600 miles south of the Pacific Islands of Fiji. These South Pacific islands were first settled sometime around 1300AD by Polynesians known as the Maori. They reached New Zealand 300 years before the Europeans. The influence of the two cultures and the countries' distinctive biodiversity makes up a dazzling tapestry that is more than just beautiful to the eye.

Auckland is the largest and most ethnically diverse city on the North Island of New Zealand. It's full of Maori culture and has the largest Polynesian population of any city in the world. It rests between the Hauraki Gulf to the east, the low Hunua Ranges to the south-east, the Manukau Harbour to the south-west, and the Waitakere Ranges to the west and north-west. Visit the Auckland War Memorial Museum to experience a fantastic Maori cultural performance that tells the story of Aotearoa (New Zealand) and Tamaki Makaurau (Auckland).

Queenstown sits on the shores of New Zealand's South Island and next to Lake Wakatipu. Set against the dramatic Southern Alps, it's a very geographically diverse city and where they filmed The Lord of the Rings. Queenstown is entirely devoted to tourism and offers up a ridiculous amount of fun attractions and getaways. Whether you're into hitting the slopes, teeing off stunning fairways, exploring beautiful trails, indulging in food and wine, or seeking adrenaline thrills - this cruise port has it all.

Christchurch is the largest city on the South Island of New Zealand and lies on the South Island's east coast. Explore this gateway to the Canterbury region and all the attractions it has to offer. Take a scenic TranzAlpine train ride from Christchurch to Greymouth, learn about the region at the Canterbury Museum, or try cuisine from international chefs experimenting with local produce. Solo travelers or large parties can't go wrong here.

Dunedin is a city in New Zealand, on the South Island's southeast coast and at the head of Otago Harbour. Known for its rich Maori and Scottish heritage, Victorian and Edwardian architecture, and abundance of recreational activities - there's much to explore. Dunedin is also where you can find some of the best wildlife group tours, giving you an extreme close-up of the fur seals, penguins, and sea lions in their natural habitat. 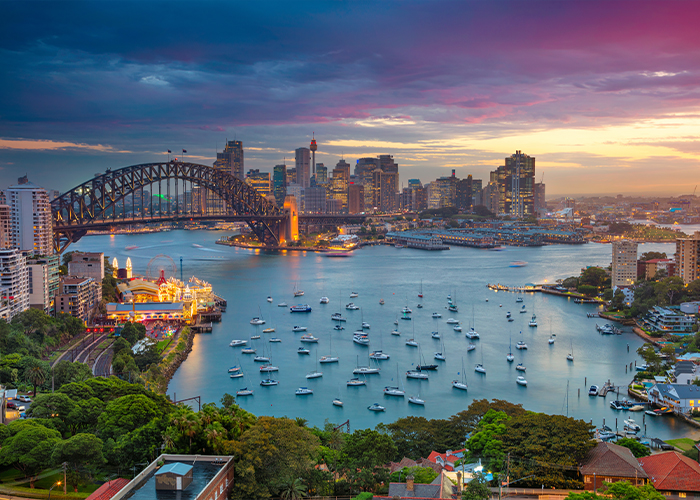 Great memories!
Loved this excursion. My adult daughter and I took this excursion and. It was perfect for us. Loved walking freely among the kangaroos at the animal sanctuary!
Reviewer: Wendy Bos

Wonderful Full Day
The local tour group hosting this tour, Zealandia, has knowledgeable and accessible guides with great insights into the daily life and historical highlights of the area. Our visit to the Maori village was highly respectful of the peoples, and we left with much more interest in learning more. The experience was full of information with a personal touch by Jan, our guide!
Reviewer: Deborah Grundman

Ann from Iconic Tours
Thanks so much for making our day so interesting and fun. Your stories and knowledge were entertaining and your driving was amazing. Please pass this onto your husband 😀
Reviewer: Lorraine Williams

Full Enjoyable Day of Lord of the Rings
This tour was excellent. Our tour driver had actually been an extra in all three of the Lord of the Ring movies and the Hobbit. He not only drove us to many of the filming sites, but shared entertaining stories about the filming along the way and while there. Was a very enjoyable day.
Reviewer: Mary

Great historical walking tour
This tour was a pleasure despite the incredible heat. The guide was enthusiastic and knowledgeable. She definitely knew the history of the area and was able to answer all questions posed to her. Her use of the sound system was excellent. Best walking tour ever. I would recommend this to all who are interested.
Reviewer: Lance Walton

nice excursion
I really enjoyed the cultural show. The tour had the right amount of people on it. The food stop was good. The tour guide very nice. A great day!
Reviewer: susan kingham

Excellent tour
This was a wonderful tour. I loved the visit to the top of the 800 year old volcano which was a first for me and visited some of the gardens.I ran out of time and didn't take the ferry trip.
Reviewer: Margaret McRae

Wonderful trip
I loved the visit to the Maori Living village, seeing how the Maori lived. The visit to the kiwi farm was also interesting for me. It was a wonderful day.
Reviewer: Margaret McRae

Enjoyable Tour
I enjoyed this tour. I especially liked the gardens at the mission house. Enjoyed the tea house, waterfalls, and walked around Pahia at the end of the tour.
Reviewer: Margaret McRae